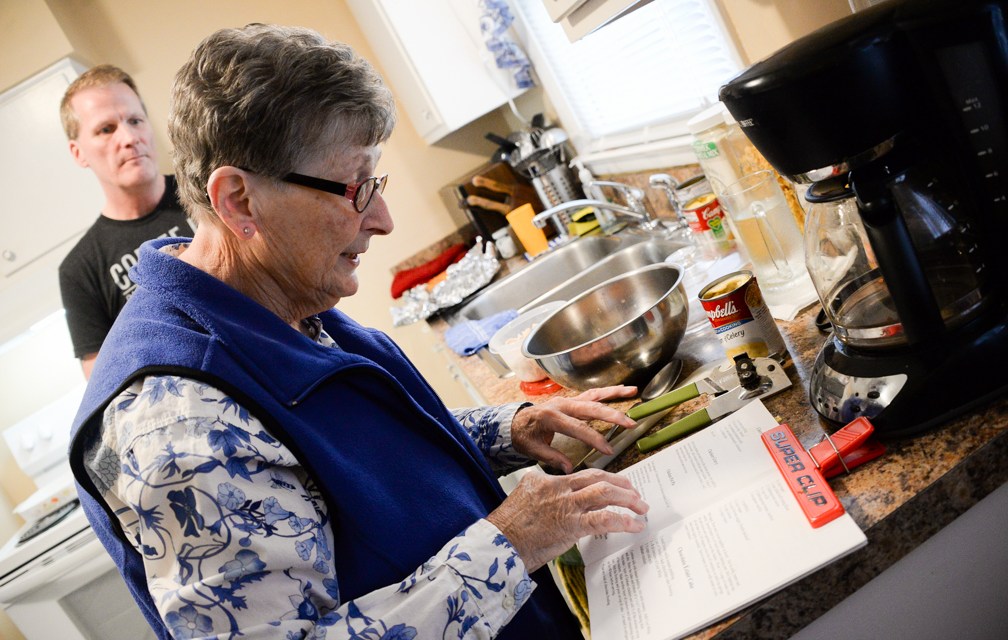 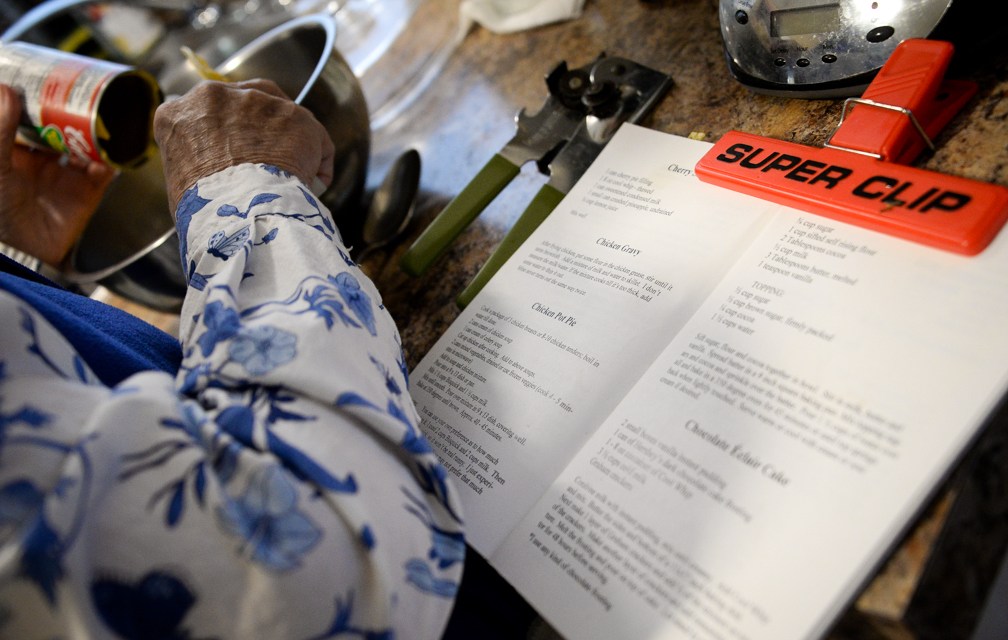 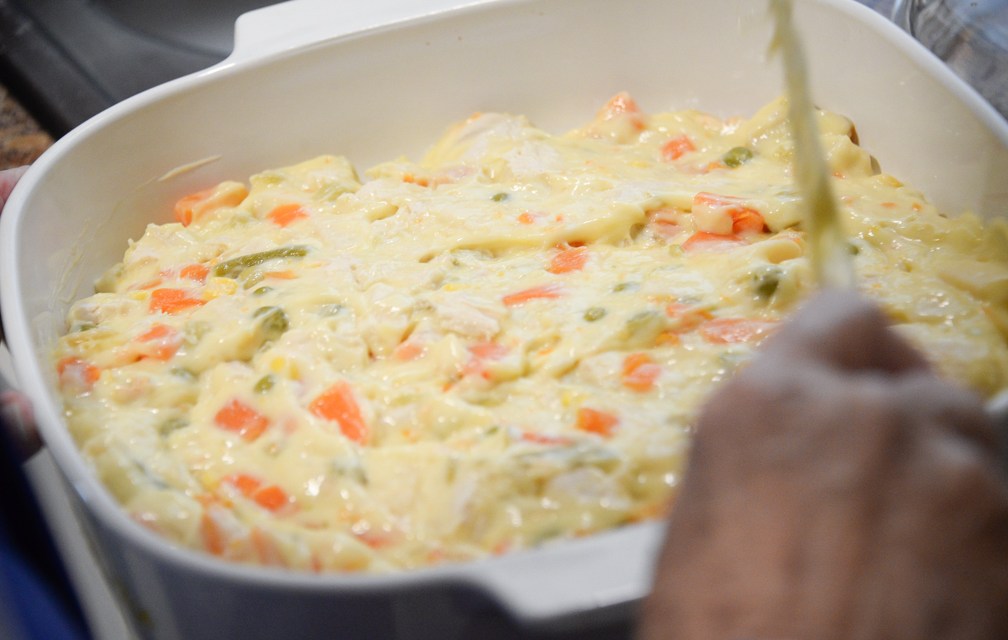 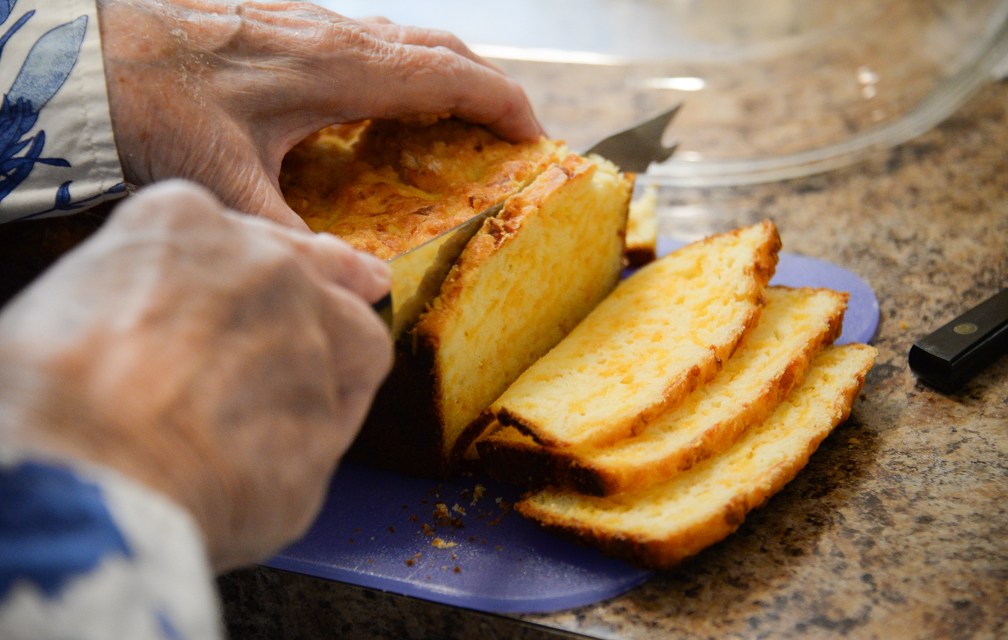 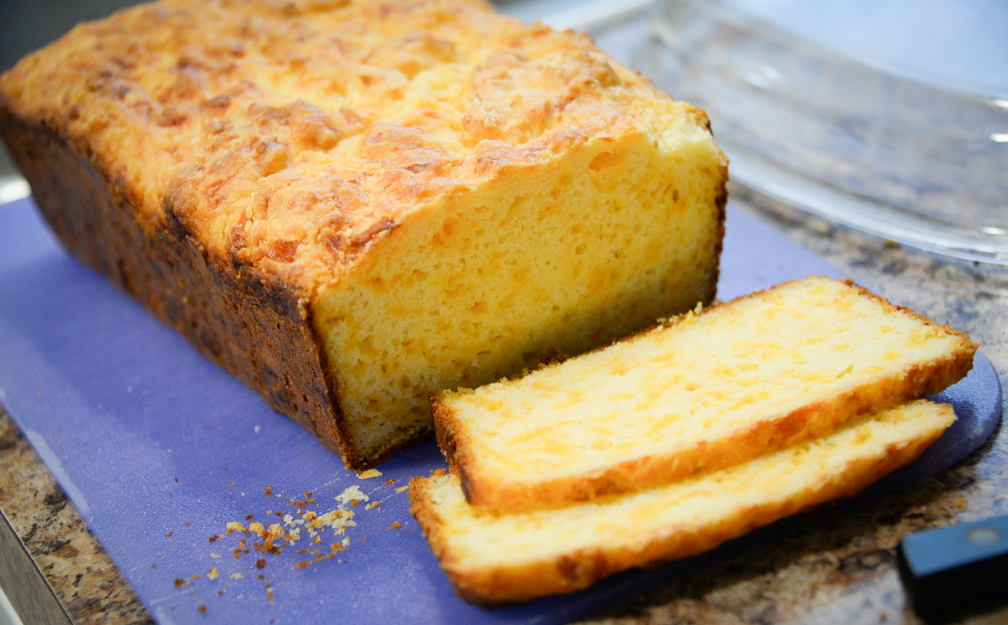 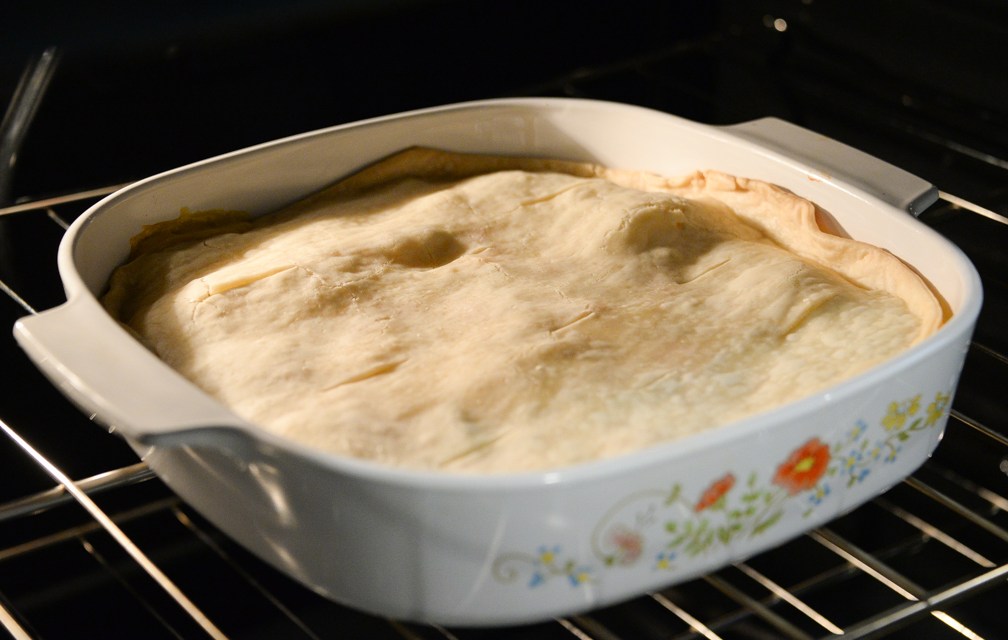 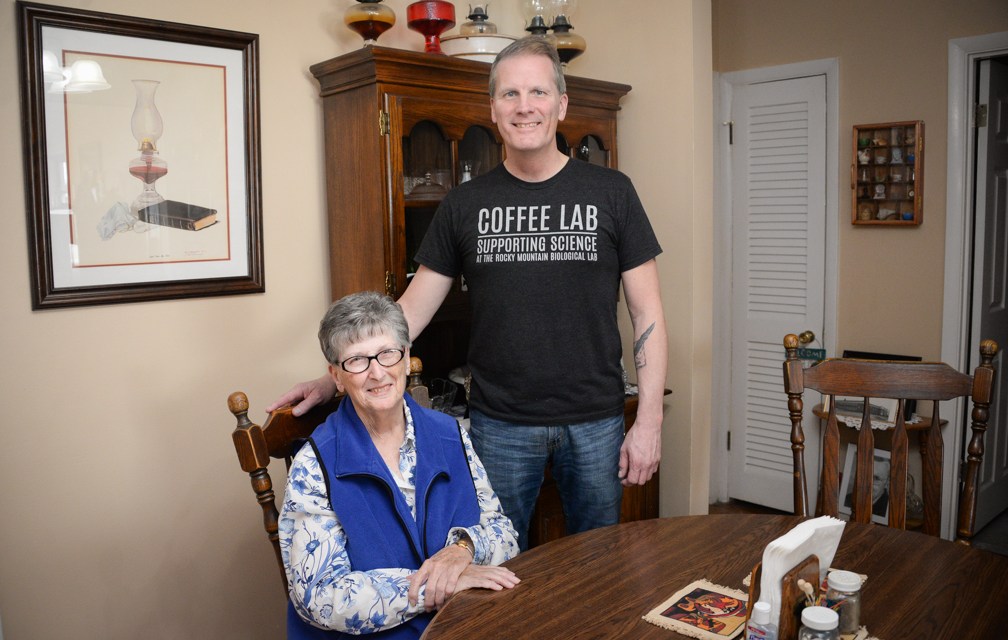 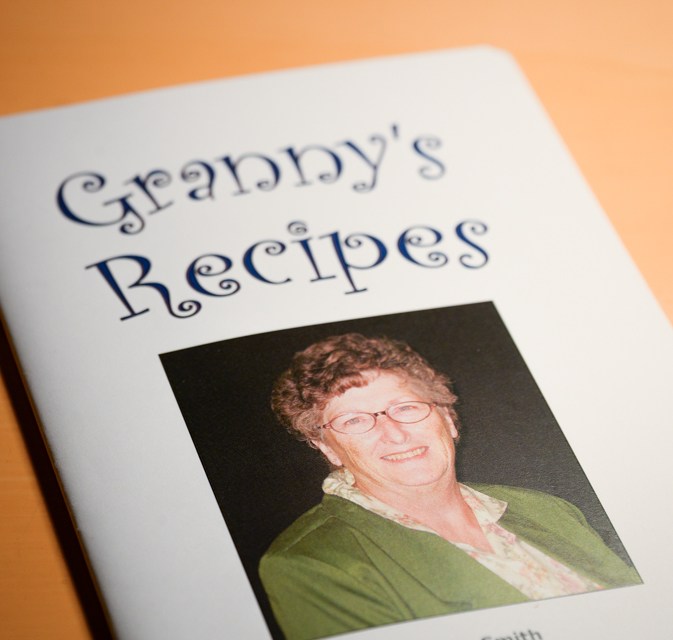 Every evening, across Frankfort and Franklin County, scores of mothers spend hours in the kitchen preparing their family’s dinner.

It’s a time honored tradition, one that comes with the territory of being a mom. And it’s a skill that many women master, while others struggle to learn. Recipes, perfected by years of trial and error, help moms and grandmas keep their families fed and happy on weeknights and on Sunday dinners.

For some, passing those recipes on to their families is a way to keep those family traditions and family memories alive. Whether they’re handwritten out, typed up on recipe cards or laid out and published in book form, the cookbooks moms create for their families can become treasured keepsakes.

For lifelong Frankfort resident Becky Smith, her family cookbook is a reflection of her journey learning how to cook. She didn’t start out great, she said, but she got there eventually.

“I wasn’t very good,” she said. “My husband, Bill, used to say he taught me everything I know about cooking … But really, I learned from my mother and grandmother, and the elderly lady who lived behind us. If I couldn’t get in touch with one of them, I’d call another.”

She had her failures, she said — like a pork roast with lima beans where the limas were hard as a rock after not cooking long enough, and a cake that spilled out on to the bottom of the oven.

But after time, she got better. And later, she was took on the role of feeding the family for Sunday dinner — a role she’s held for nearly 50 years.

“Every Sunday, I’d start dinner before I went to church,” she said. “And then I’d finish when I got back.”

Sunday dinner, her son Keith said, was when everyone gathered around.

“We called it Granny’s Diner,” Keith said while sitting in his mother’s dining room waiting for her chicken pot pie to cook. “Sometimes, we’d have as many as 12 people, and of course, Mom cooked enough for an army. The kids and the grandkids would be there, and sometimes they’d bring their friends. And everyone always had leftovers, so that tells you how much food there was.”

On the table, Becky always put plenty of brown beans, mashed potatoes, macaroni and cheese, and green beans. Whether it was an accompaniment to fried chicken or meatloaf or other dishes, there were plenty of sides, some fresh out of the garden behind the family’s home.

After learning to cook by trial and error, Becky said she’s glad to be able to hand down some of her secrets. The death of her husband, Bill, inspired her to write all the recipes down for her family.

“My grandkids always said ‘Granny, you need to make a cookbook with all the recipes in it, so we’ll have something for us,’” she said. “So I said okay.”

The cookbook, filled with the main stays the family ate for years, includes recipes for everything from apple dumplings to zucchini bread and everything in between.

“They all love my turkey and dressing,” she said.

She had a hard time putting that one in writing because typical of country cooking, she didn’t measure anything, she said she just put some of this and some of that,” Keith said. “So she really had to stop and think in order to put it in writing.”

Now, even some of the grandkids use the cookbook to reconnect with the meals they remember from their childhood.

“I’ve only got one daughter that has children. She lives in Texas,” Keith said. “But she uses that cookbook all the time. I stayed with them for about a month here a while back and she had granny’s cookbook out making stuff out of it for her kids.”

The cookbook is now a family heirloom for Becky’s two children, Keith and his sister, Lynda Cunningham, as well as their children, stepchildren and grandchildren.

“Those family dinners were such a big part of our life,” Keith said. “Now that my kids are grown, there’s not as many people who come over on Sundays, but we still get together. Our kids are in different states now, so we’re not together as much. But this is a way to stay connected.” 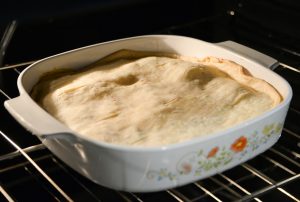 1 can cream of celery soup

Cook a package of three chicken breasts or 8-10 chicken tenders, boil in water until done. Mix together 2 cans cream of chicken soup and 1 can cream of celery soup. Cut up chicken after cooking. Add soups. Cook mixed vegetables in microwave 4 to 5 minutes and add to soup and chicken mixture.

Pour into a 9-inch by 13-inch dish or pan. Mix together Bisquick and milk until smooth. Pour over mixture in pan, covering well.

Note: You can use your own preference as to how much chicken you want in it. I (Becky) used 2 cups Bisquick and 2 cups milk, then added a little more Bisquick, so it won’t be real runny. I just experiment until I think it’s thick enough. You may not prefer that much topping. 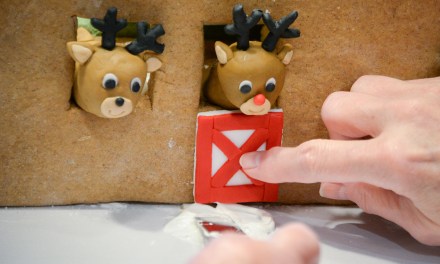 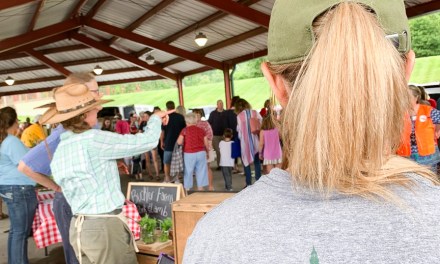 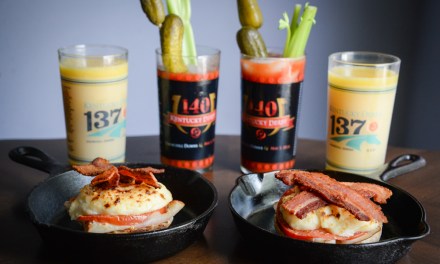 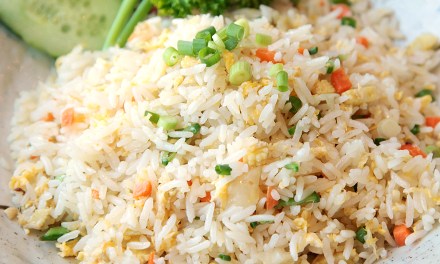