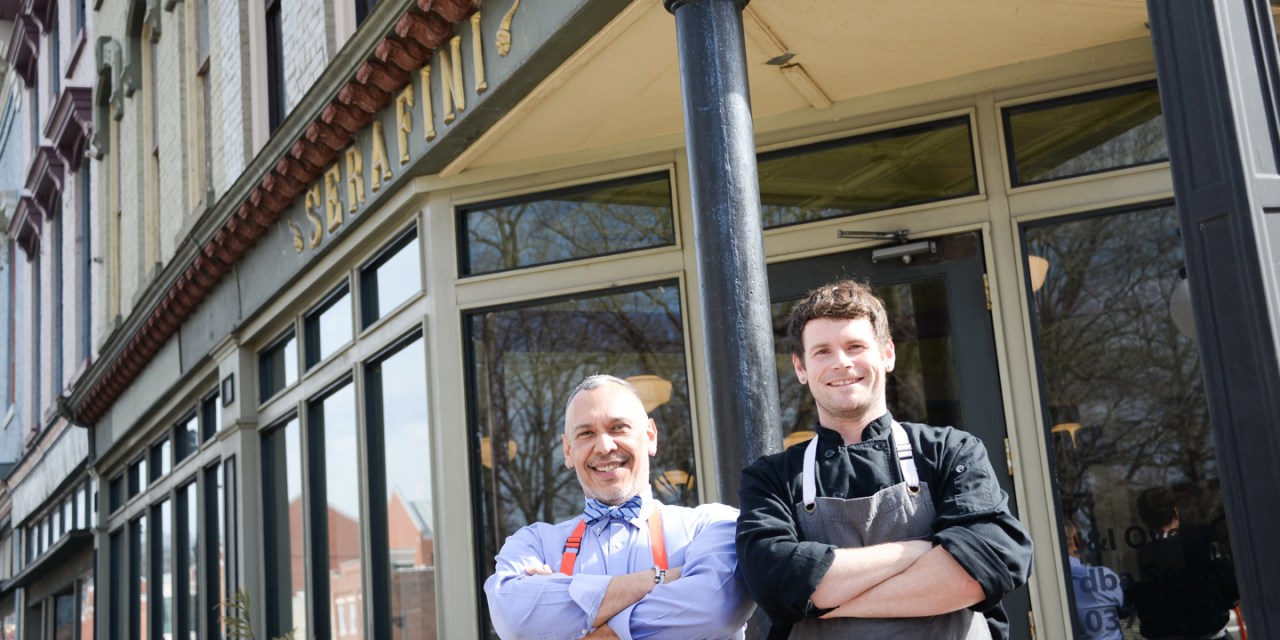 For the past two years, with Derby Day public celebrations mostly canceled because of the pandemic, things have been quiet in downtown Frankfort on the first Saturday in May.

But now, as plans move forward to bring Derby celebrations back, Serafini is ready to make a splash again.

“This is our first year to do something in two years,” Carlos Ceballos, manager of Serafini said. “We’ve got a lot of ideas on what we want to do.”

It’s been a long road, he said, but now that business is picking back up downtown, the staff at the restaurant is looking forward to seeing diners come back into the restaurant.

“We’re very glad to see people we haven’t seen in the past two years,” he said. “Some of them we lost to COVID. Some of our customers are like our family.”

When the pandemic first hit, he said, the fine dining restaurant closed down. Then it tried to pivot to take-out. But, because of the restaurant’s special atmosphere, take out just didn’t seem to fit.

“This is more like a social restaurant,” he said. “Some of our customers, we are part of their weekly activities. It wasn’t the same to have them pick up their food to go.”

The restaurant opened back up in June 2020, only to shut down again in August. Once they were able to open again in December, they stayed open through Christmas and the legislative season. The season was a blur of activity, he said. In 2021, the Summer Concert Series helped the restaurant stay busy and helped them make it through the end of the year.

On Derby Day, Serafini will be open as the city celebrates Derby Day right outside its doors. There will be plenty of activities — from Derby breakfasts and drink specials at local restaurants from 9 a.m. to noon, to kids activities on the Old State Capitol lawn to live music and an after race pub crawl at night.

Starting with brunch, Miller said the restaurant will feature a breakfast casserole, eggs benedict over housemade biscuits and potato hash. For dinner, he said, he’s planning on serving a grilled pork chop with sugar snap peas, roasted new potatoes, fresno peppers and a mint julep sauce among other fresh favorites.

“It’s that time of year for fresh foods,” Miller said, “and we want to feature locally sourced produce.”

Along with all of it, of course, are Bloody Marys, Mint Juleps and Oaks Lilies to drink. And for dessert — well, it wouldn’t be Derby Day without some traditional bourbon chocolate pecan pie, Miller said.

Ceballos said prior to the pandemic, Serafini would be packed during the morning and after the race on Derby Day. He’s looking forward, he said, to those customers returning. His staff, he said, are waiting.

Mint Juleps and Oaks Lilies — a history of good drinks

While the Kentucky Derby has been running since 1875, the Mint Julep has been its official drink since only 1938. Composed of just four ingredients, the Derby Day staple has long been associated with spring in the South.

In the late 1700s, juleps were considered medicinal. In some cases, wealthy landowners drank the herbaceous cocktail with their breakfasts. Doctors sometimes prescribed the drink to settle stomachs and ease difficulties swallowing.

By the 1800s, Kentucky statesman Henry Clay took the drink to Washington, D.C., while he served as first a U.S. Representative, then Speaker of the House, then U.S. Senator and finally U.S. Secretary of State under President John Quincy Adams. Clay is said to have introduced the drink to the Round Robin Bar in the Willard Hotel during his residency in the city.

And several presidents, from Andrew Jackson to Teddy Roosevelt, are have said to have been fans of the sweet, refreshing drink.

The mint julep even has its place in literary history. Mint juleps are mentioned not only in the book “Gone With the Wind,” but also in the Fitzgerald classic “The Great Gatsby.” Daisy was a Southern belle from Louisville, after all.

As the official drink of the Kentucky Derby, there are more than 120,000 mint juleps served every year at Churchill Downs during the two-day event. According to KentuckyDerby.com, that’s more than 10,000 bottles of Old Forester Mint Julep Ready-to-Serve Cocktail; 1,000 pound of mint and 60,000 pounds of ice.

If you don’t have any ready-made cocktail on hand, making your own is simple.

Muddle the mint and sugar at the bottom of a glass and rub mint along the inside of the glass and on the rim. Add crushed iced. Pour in bourbon and simple syrup. Add a fresh mint sprig and more ice if necessary.

The day before the Kentucky Derby, a stakes race for three-year-old Thoroughbred fillies called the Oaks, takes place at Churchill Downs. In contrast to the Derby, the Oaks is more feminine in nature, with the track decorated in shades of pink. The winner adorned with a garland of pink stargazer lilies, called Lilies for the Fillies. The stargazer lily was picked as the official flower of the Oaks to represent femininity and strength.

In 2006, the chief entertaining officer for wine and spirits company Brown-Forman, Tim Laird, created the Oaks Lily to provide race goers with an alternative to the mint julep. A vodka drink, it gives Oaks and Derby goers who don’t like bourbon something special to drink.

Combine all of the ingredients in a shaker with ice and shake until well mixed. Strain the drink into a stemless wine glass filled with crushed ice and garnish with a lemon wedge and fresh blackberries.

Add all ingredients in a saucepan and simmer on low/medium heat until syrupy consistency. Remove pan from heat and strain into a container.

Add oil to a sauté pan and turn heat to medium/high. Once oil is hot, add all of ingredients into the pan.

Sauté until the skin on the peas starts to blister and get some color. Remove from heat and serve. 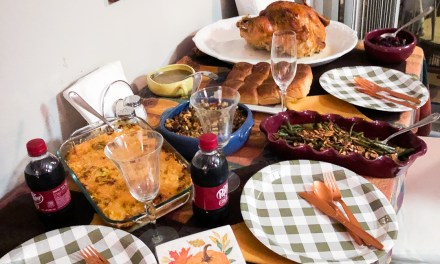 Thanksgiving — great recipes, and maybe a bit of disillusionment

Culinary fun in the days of Covid 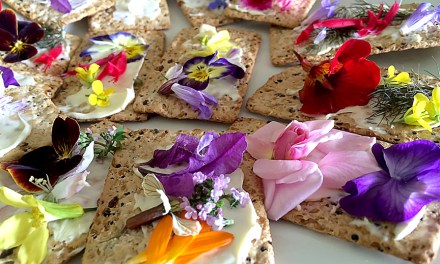