United we stand, divided we fall.

We have all heard those wonderful words “United we stand, divided we fall.” Every Kentuckian and many Americans hold these words dear.

However, many of us are truly unaware of the origin of this powerful phrase and its eventual future as the motto of the commonwealth of Kentucky.

Was it a moralist who may (or may not) have lived over 26 centuries ago? A patriot leery of signing the Declaration of Independence? Or, a country gentleman born in Maryland, for which destiny had great plans?

Confused yet? Welcome to my world!

Fewer phrases, beside the golden rule, of course, bring forth such a visceral, emotional and yet logical reaction. Unfortunately, many folks do not realize how such a profound statement earned its prominence onto the great seal of the commonwealth of Kentucky, waving proudly on our handsome state flag.

The earliest origin of these fine words is attributed to Aesop and his fable entitled “The Four Oxen and the Lion.” Aesop, the purported moralist who lived in the sixth century B.C., is most commonly known for his collection of children’s’ fables.

Aesop’s Fables utilized animals in a teaching manner that, while simple, always enmeshed strong logic with important life morals. While primarily geared toward children, I dare say that many adults today would be much more the wiser for rereading these famous fables of our childhood.

But, is it likely that a children’s story moralizing the power of unity influenced Kentucky? Hardly.

In 1768, founding father John Dickinson, with talk of revolution in the air, put ink to paper, composing a song entitled “The Liberty Song.” A verse of the song lyrics read as follows:

“Then join hand in hand, brave Americans all, by uniting we stand, by dividing we fall.”

(For full content of “The Liberty Song,” research The Boston Chronicle)

The song became a patriotic rallying cry of Americans that were protesting the tyranny of the British crown. Dickinson, born in 1732 in Maryland, had earlier become known for his Letters from a Farmer, printed on both sides of the Atlantic, detailing dissatisfaction with England regarding unfair taxation of the colonies.

Dickinson had hoped for a peaceful resolution to the woes of the colonies, yet, it was not to be. Soon, Thomas Jefferson penned a document commonly referred to as the Declaration of Independence.

Dickinson went on to fight for the cause, however, when he refused to sign the Declaration as doing so was considered treason to the Crown.

Before accusations of cowardice begin, how many of us would essentially be willing to sign our own death warrant?

So, are the words of a 1768 song, written by the patriot Dickinson — a founding father of the United States of America — the reason for the official Kentucky’s motto nearly a quarter of a century later?  Now, you are getting much, much warmer.

Common theory is that “The Liberty Song” would have been sung and become much beloved by a brave young man born 1750 in Maryland. That young patriot would fight gallantly during the Revolutionary War, have counties in nine states named after him and become the first and fifth governor of the commonwealth of Kentucky. Isaac Shelby was that patriot.

In the United States of America, and the commonwealth of Kentucky, let us all remember these words, and the utter power of their message.

With the holiday season upon us, and the seemingly continual political strife that grips us all, let us all remember, as Shelby did, that by uniting we stand, and by dividing we fall. 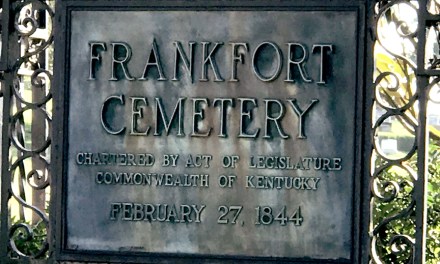 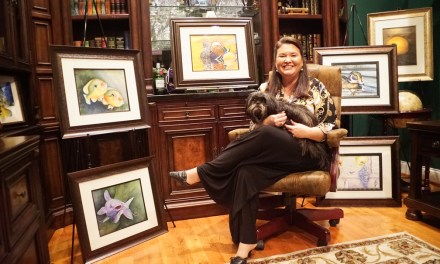 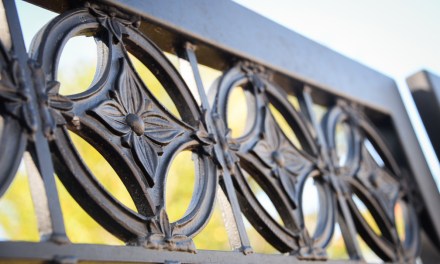