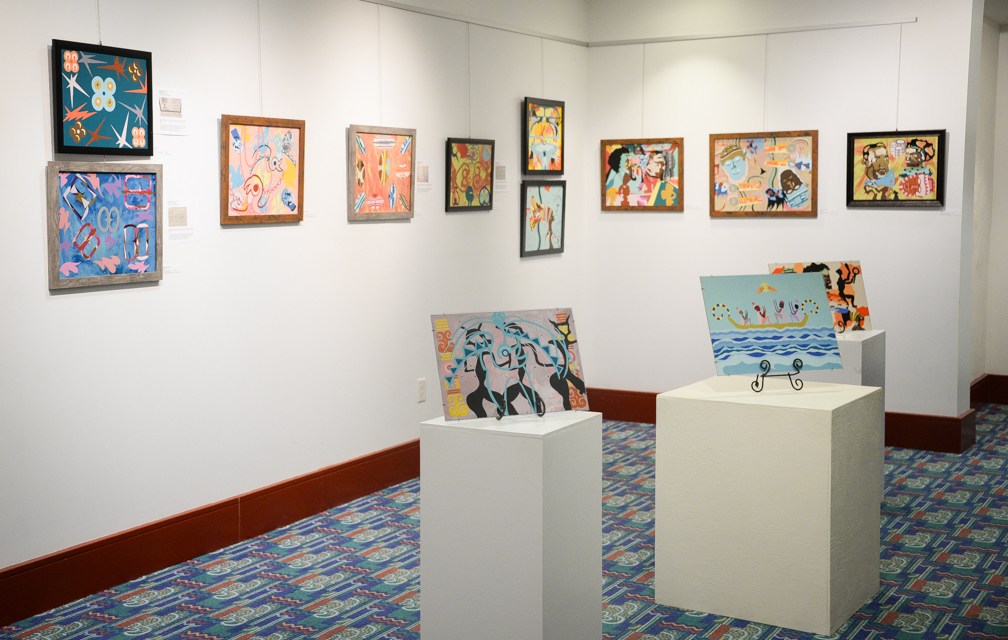 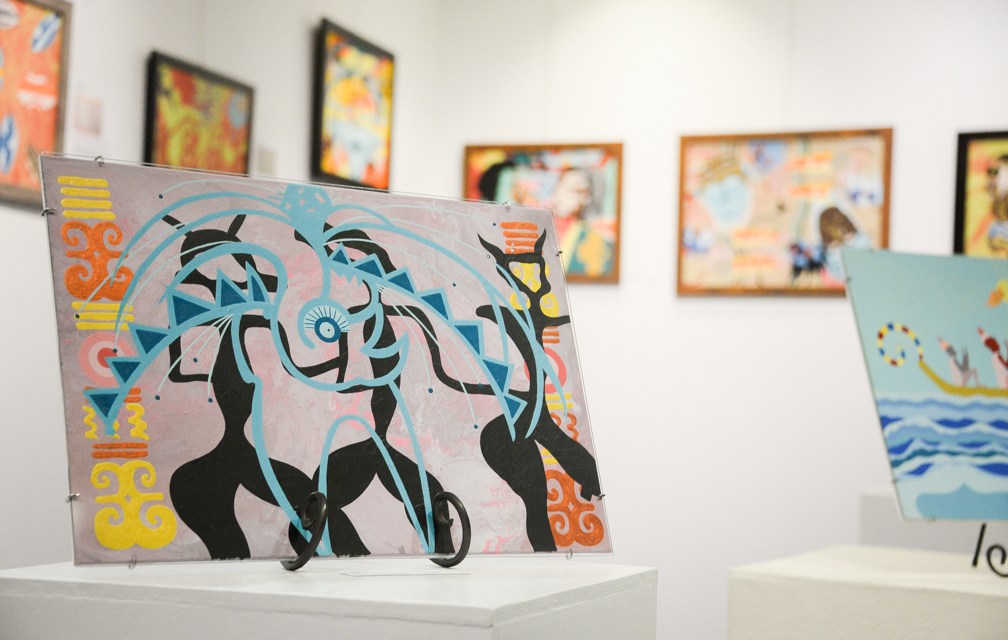 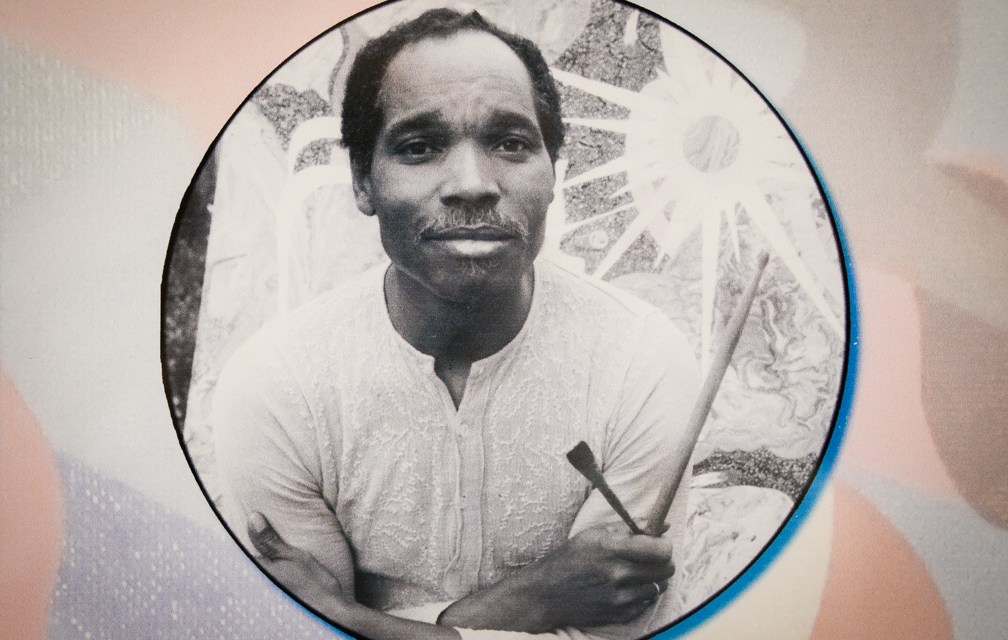 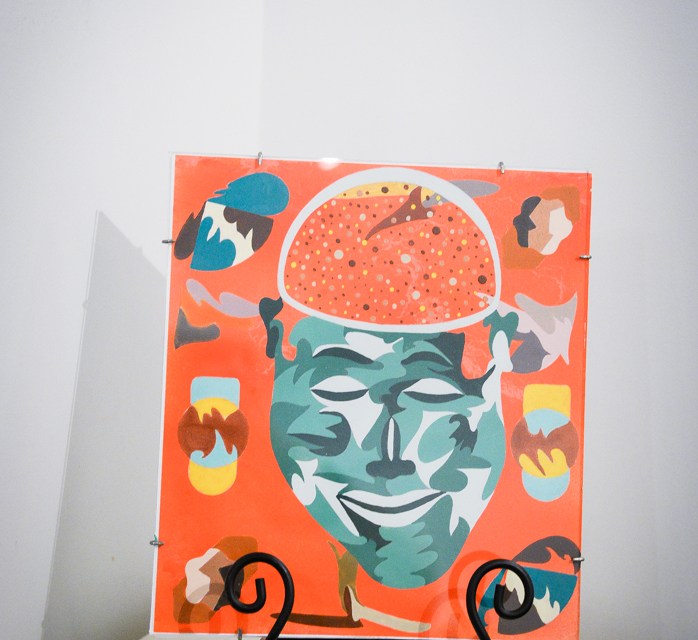 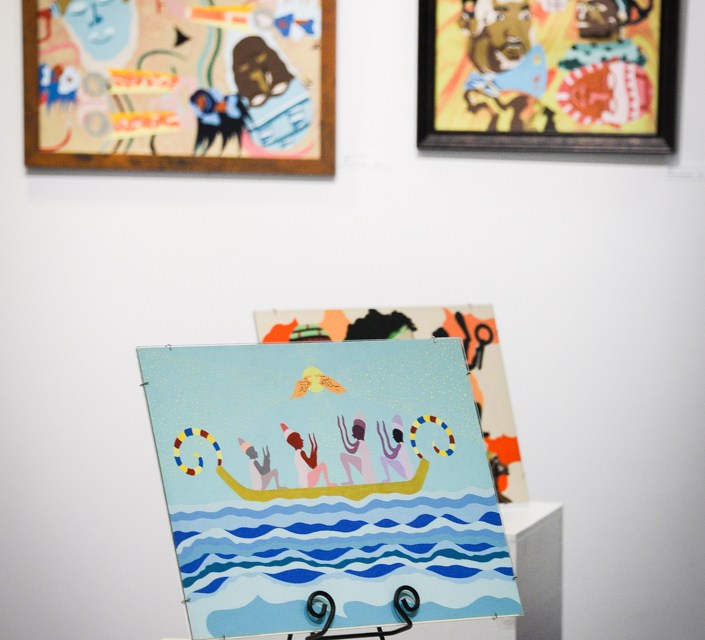 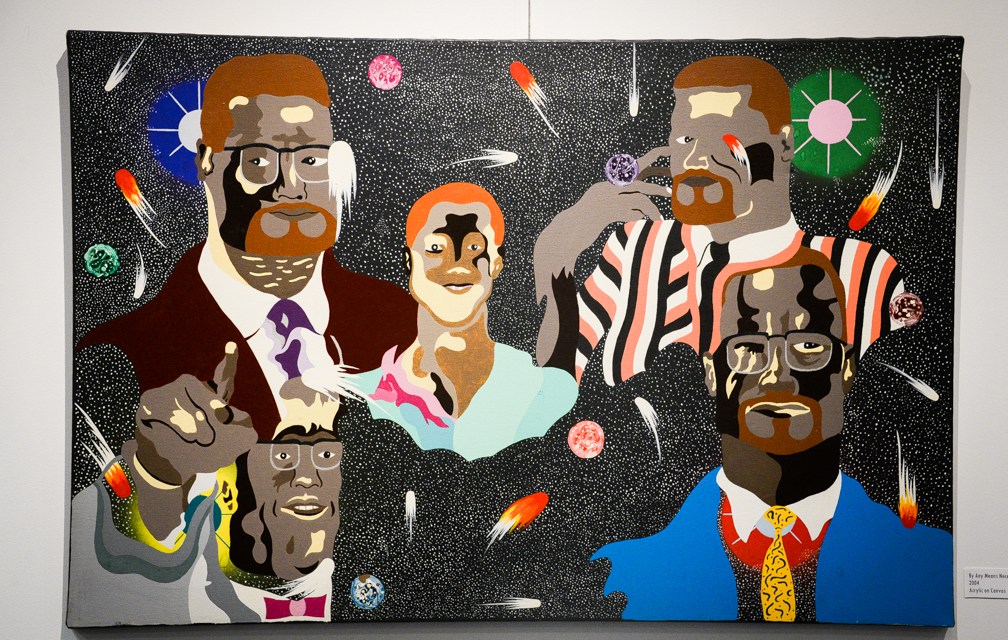 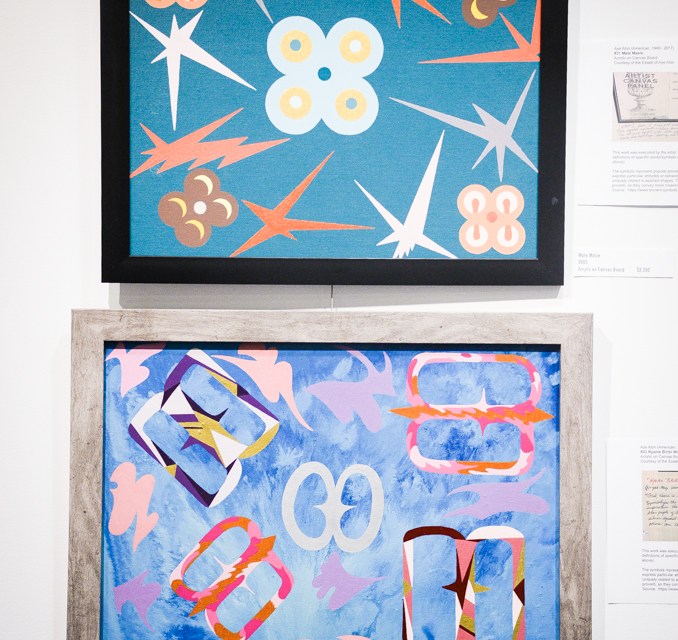 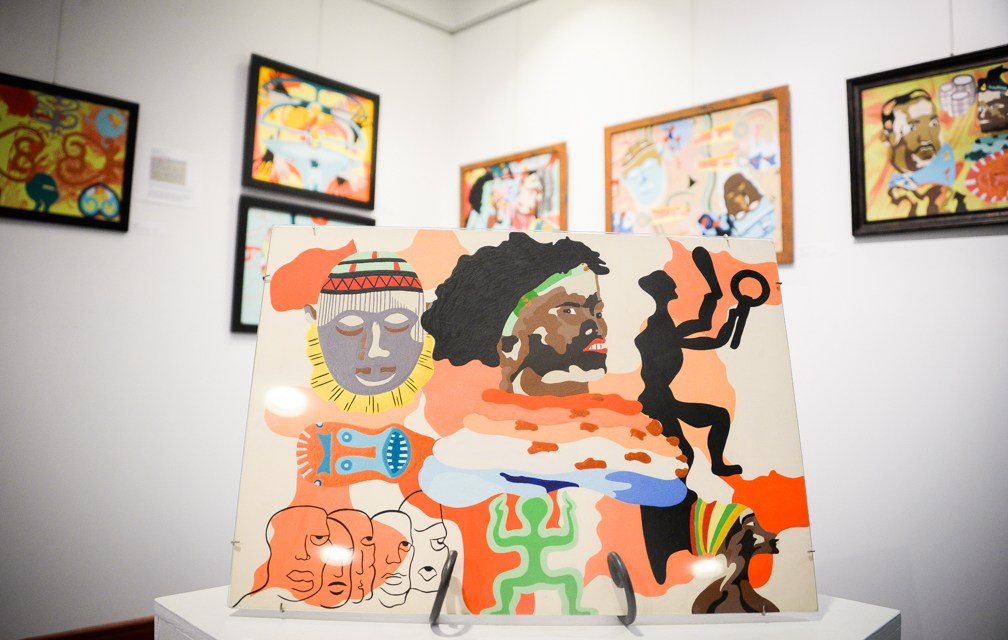 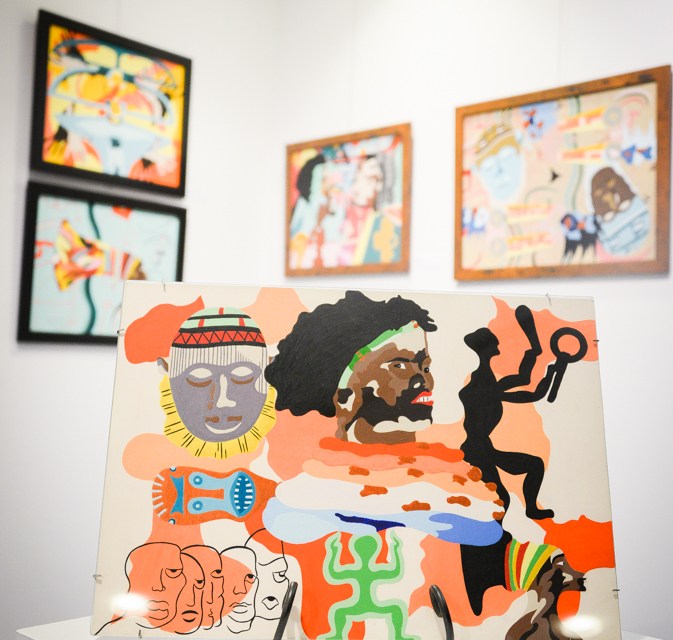 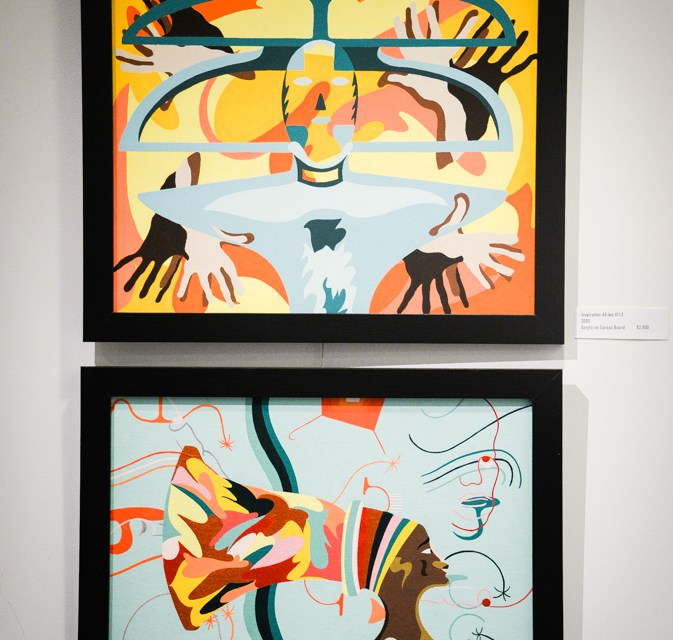 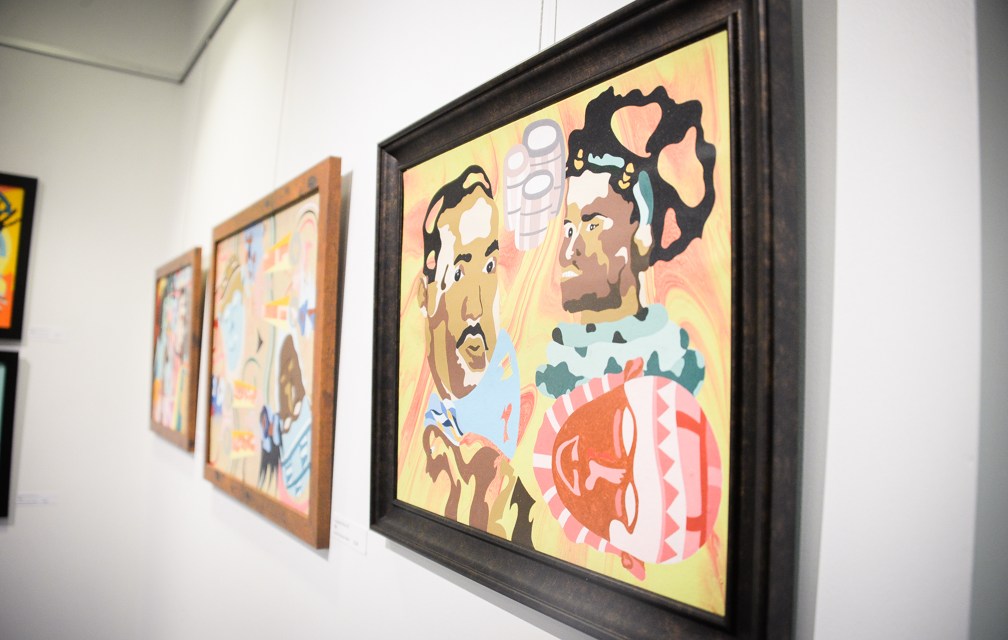 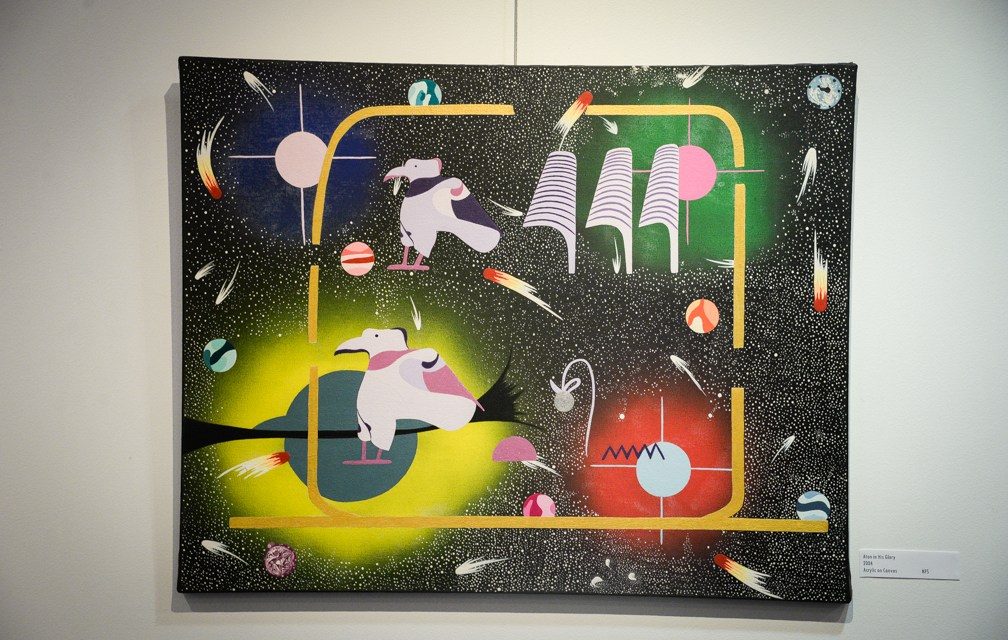 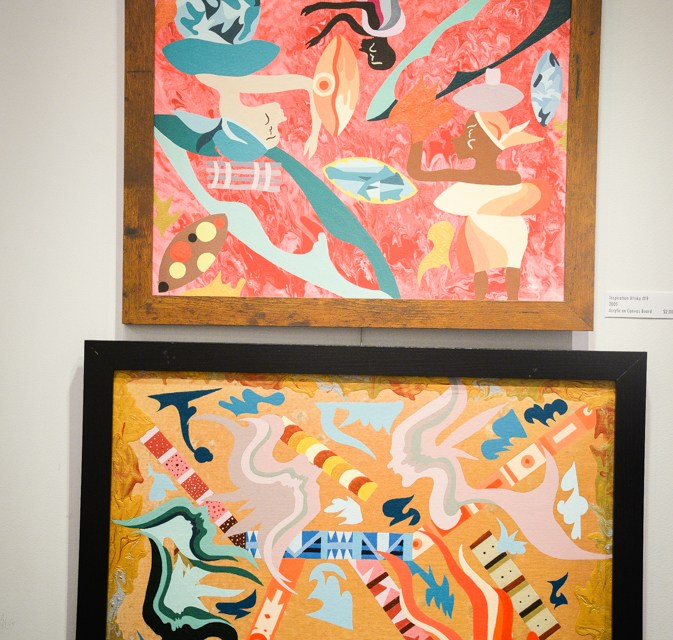 Though mostly known for his metropolitan murals, Woodford County native Ayé A. Aton also painted hundreds of smaller pieces, some of which are on display in the Grand Gallery, located in the Grand Theatre, through the end of March.

Born Robert Underwood in 1940, Aton briefly studied at Kentucky State University before heading to Chicago where he became part of the Afrofuturism movement, a reimagining of a future filled with arts, science and technology seen through an African-American lens.

“Thanks to the recent ‘Black Panther’ movie there has been a resurgence of interest in Afrofuturism and this exhibition provides an opportunity to become better acquainted with it and to witness yet another example of how a Kentucky artist was in the vanguard of contemporary culture,” said Larry Moore, Grand Gallery curator.

In addition to painting, Aton was also a civil rights activist and an accomplished jazz percussionist, who had a lengthy collaboration with musician Sun Ra. The pair toured internationally with avant-jazz ensemble Arkestra.

In 1983, Aton settled in Baton Rouge where he took up drumming with local groups, advocated for community arts and continued to paint. He returned to Versailles in 2016 and passed away the following year.

After his death, his son, Ahmosis Aton, inherited close to 500 pieces of his father’s work and is generously sharing them with the world. Though he had a non-traditional childhood with an often-absent father, Ahmosis Aton believes in the impact art can have.

“The world is an open book and you do have the opportunity to grow and to live,” Ahmosis Aton explained. “I think his legacy is going to be how he continues to inspire others with his art and his music.”

The exhibition, “Aton’s Vision: Ancient to the Future,” is on display at the Grand Gallery, 308 St. Clair St., through the end of March. The gallery is open from 11 a.m. to 2 p.m. on Thursdays and during Grand Theatre performances. The gallery is also open by appointment by calling the box office at 502-352-7469.

Moore is excited to share Aton’s unique work with the Frankfort community.

“It’s a chance to acquire a piece of this history,” he added. 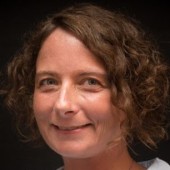 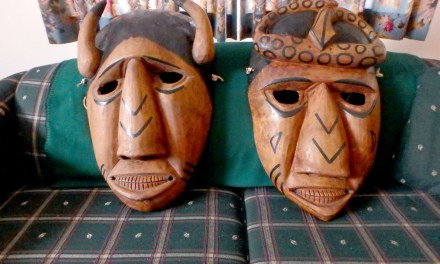 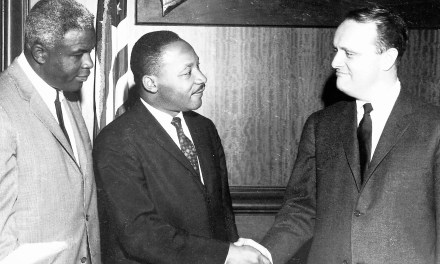 The Day Pastor King came ‘blowin’ in the wind’ 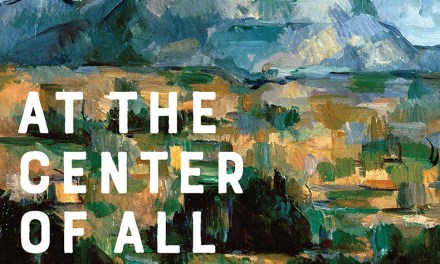 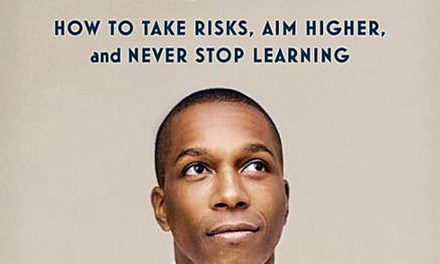 Dive in to these suggested reads