“The Marriage Portrait: A Novel” by Maggie O’Farrell

Set in Renaissance Italy, this novel centers on the actual life of Lucrezia de’Medici, a young daughter of the Grand Duke of Florence. The novel shuffles between the past and the present. Opening in the present, Lucrezia is 16 years old riding with her husband, Alfonzo, the heir prince of Ferrara, Modena and Reggio. They arrive at a stone fortress, a remote “wild and lonely place.” While they are dining, she thinks “some coloured glass has been put in front of her eyes, or perhaps removed from them, that he intends to kill her.”

The tale then shifts to the past with the unfolding of Lucrezia’s childhood. She is educated alongside her brothers, as her mother follows the tradition of the Spanish court. Her passion, however, is drawing from nature, not valued by her family. Her father keeps a menagerie of wild beasts in the palace. Lucrezia and her sisters persuade the Grand Duke to see his latest addition, a tigress. The moment she sees the tigress, Lucrezia understands how the beast must feel taken from the wild and held captive in isolation.

The Grand Duke has a strategy to solidify his power by wedding off his children to secure political alliances. Lucrezia’s older sister is betrothed to the prince heir of Ferrara. However, before the wedding, Maria falls ill and dies. The Grand Duke offers his younger daughter, Lucrezia, only 13, as a replacement. This proposal does not suit Lucrezia, but she cannot disobey her parents. The contract is sealed, but the prince heir agrees to wait until the bride is older.

Lucrezia enjoys the time before the marriage persuing her artistic passions. But after the wedding, she is removed to a foreign city, where her arrival is not universally welcomed. Lucrezia’s new sister-in-law informs her that Alfonso will only succeed if there is a child.

The prince becomes more controlling after the marriage. Lucrezia is not allowed to leave the grounds for any reason, and must always be accompanied by household staff. When Lucrezia explains that her father and mother shared their official duties, Alfonzo tells her that she is only a child. She recalls the tigress trapped in the cage.

When Alfonso commissions a portrait of his young wife, Lucrezia learns from the artist of a technique where the artists paints over an original work. Lucrezia paints wild natural creatures during the night, and then paints over them during the day with husband approved domestic scenes. When Alfonso admired the finished marriage portrait, he said, “yes, that is my first duchess.”

The pace of the novel helps to build the tension, and frustration of Lucrezia. O’Farrell spins the golden age of the Renaissance into an unforgettable portrait of a young girl determined to remain true to herself.

Robert Browning wrote a poem in honor of Lucrezia, originally titled “Italy” in 1842. It was later retitled “The Last Duchess.” The actual marriage portrait of Lucrezia attributed to Bronzino is part of the North Carolina Museum of Art collection.

Sometimes a chance event happens and changes our lives forever. Thus, was the meeting in 1944 of Ulysses Temper, a young British soldier and an older art historian in a wine cellar in Tuscany. Evelyn Skinner has come to collect what remained of paintings left in the ruins of battle.

This story jumps to present time when Ulysses has returned to London and owns a pub, “The Stoat and Parot.” We meet the regulars including the piano player who can change the mood in the pub with the selection of his music, the waitress who lives over the pub but has her eye on an American soldier who can change her life, the child of the waitress, the elderly friend who talks with trees, and, of course, the blue parrot, Claude, who might be Shakespeare reincarnated.

A solicitor arrives with the announcement of an inheritance of a house and funds for Usysses in Florence. The house is actually a villa, large enough to accommodate all that choose this new adventure, with additional space for a pensione.

The motley crew, including Claude, sets off knowing life will be different with a new language, but the village remembers the soldier that helped save their art and they are welcomed.

Winman does not use quotation marks in her work. This requires the reader to spend some time becoming accustomed to this style, but it also feels like one is overhearing the conversations of a group of friends at a pub. It contributes to a feeling of informality of the group. The pub friends steadily form their new family in their new life. Until the old flame, Evelyn, arrives and re-connects with Ulysses changing the dynamic.

There is intermittent humor, tender moments of love, friendship and community and did I mention a talking parrot!

“The Christmas Train” by David Baldacci

Tom Langdon, a globe-trotting journalist, decides to take an Amtrak train from the East Coast to Los Angeles for the Christmas holiday to see his girlfriend. To make the most of the long ride he decides to write a story about train travel. It seems Tom is distantly related to Mark Twain and his father’s dying wish is that he write a piece about traveling on a train, which is something Twain attempted but never was able to finish.

As Tom embarks on his journey the trip becomes more than he ever expected. Through his journalist eye we are introduced to an eloping couple, a Persian Gulf veteran, a famous movie director, a retired priest and others. The biggest surprise is Tom’s past love, Eleanor, who is not happy to be on the same train and wants absolutely nothing to do with him.

Baldacci adds a little mystery and excitement to the story as items disappear from passenger cabins and a severe winter storm threatens to interrupt their journey. He includes some interesting train history which adds a bit of nostalgia to the book.

The book is a departure from Baldacci’s normal thriller genre. It’s definitely on the sentimental side.

“The 13th Gift: A true story of a Christmas Miracle” by Joanne Huist Smith

In 2014, Joanne Huist Smith published this memoir after losing her husband to a heart condition a couple of months before Christmas in 1999. This is the story of the first Christmas her family faced without their father, and how they overcame it.

Joanne and her two sons, Ben and Nick, want nothing to do with Christmas. The only one interested is Joanne’s 10-year-old daughter, Megan.

Twelve days before Christmas, a package shows up on their doorstep that changes everything. For the next eleven days gifts show up, representing in a way, “The Twelve Days of Christmas.” Trying to solve the mystery of the gift givers brings the family closer together.

Smith uses flashbacks of time with her husband to help us understand the deep feelings of loss. The conversations between her and the children as they begin to let go of the grief are emotional and well written.

It is an inspirational story about a family that learns to give as much as they receive and is a gentle reminder to appreciate the Christmas season as a time for giving and caring. Highly recommended. 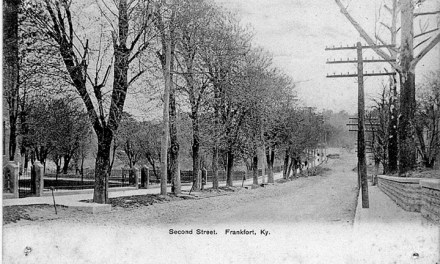 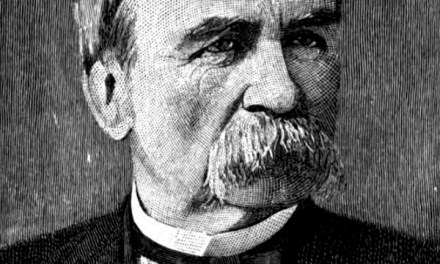 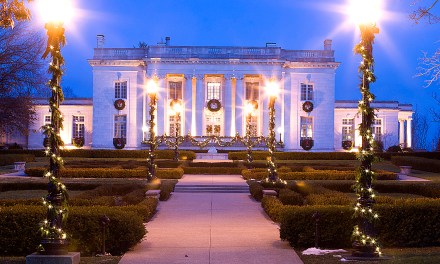