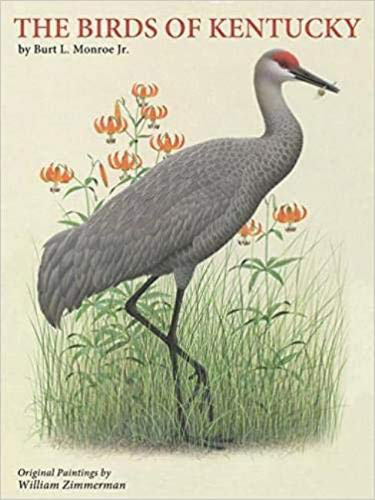 “The Birds of Kentucky” by Burt L. Monroe Jr.

The University Press of Kentucky has published a first of its kind book on the wealth and variety of Kentucky birds — and just in time for the holidays. Brainaird Palmer-Ball Jr., of Birding magazine, states that this is “a pleasing blend of artistry and informative text that will be hard for local bird enthusiasts and casual, armchair birders to resist.”

Burt Monroe is a former professor of biology at the University of Louisville. He includes a wealth of information about each species.

November is the time of year that the turkey vultures become prevalent around Frankfort. Monroe calls them the “sailplanes of our ornithological world.” These winter visitors will group in large roosts, totaling more than a hundred in a single roost.

Another bird easily seen in the winter is the red-tailed hawk. Abundant in the bluegrass, this hawk is frequently seen perched or flying along the interstates. I have occasionally seen them hover over prey, and Monroe states that this bird is only one of two hawks that can hover. The other being the rough-legged hawk.

Monroe comments on the popular ruby-throated hummingbirds. He reports that they sometimes can get caught in a spider web, and that he has a report of one hummer hovering over water that was captured by a leaping bass. Besides hovering, they can also fly backward, and behave more like helicopters than airplanes.

This winter, I will be feeding a large family of house finches. Monroe says these birds were first recorded nesting in Joe Creason Park in Louisville in April 1981. They have adapted so well to humans that they are now a dominant feeder bird.

Monroe includes information for each species including migration dates, and whether the bird is a permanent or temporary resident of Kentucky. He also points out the history of many birds, including the wild turkey, which had once been common in Kentucky wooded areas but by 1930 were only seen in the Land Between the Lakes. In recent years, this species has been restocked and can be seen eating along open hillsides. The wild birds are different from your Thanksgiving bird as the tips of the tail are a rusty color, not the white tips of the domestic stock.

Wildlife artist William Zimmerman includes 51 beautiful illustrations including a gorgeous Mississippi sandhill crane on the cover standing majestically over the natural grasses and flowers of its habitat. Zimmerman’s artistry is often compared to Audubon, but he paints a more delicate, softer images that include their natural setting and often their food source. The images come from years of observing the birds in nature as opposed to Audubon’s style of killing them and then posing them.

Consider this a wonderful gift for every bird lover, as well as the outdoors person in the family.

“The Beatryce Prophecy” by Kate DiCamillo, illustrated by Sophie Blackall

This is an imaginative tale of fate, love and the power of words. Brother Edik, with a wild, wandering eye wrote his first prophecy in the Book of Sorrowing: “one day there will come a child who will unseat a king.” The prophecy states that “this child will be a girl.” And because of this, the prophecy was long ignored.

The girl that Brother Edik finds in the monastery barn is asleep in a stall with a goat. This demon goat is the very one that tortures the Brothers with chasing, biting and head butts. The girl covered in dirt and blood rubs the goat’s ear while she sleeps and the goat seems to be protecting her from harm. When she awakens she can remember nothing except that her name is Beatryce.

DiCamillo sets the book “during a time of war when terrible things happen everywhere.” The monks at the monastery are the only people that can write or read, and their job is to record the events that happen and predict what will happen. But Beatryce can read and write even though there are laws prohibiting this. Brother Edik realizes that she must be of royalty, and that he needs to disguise her until she can recall what disaster happened. He decides that it would be simple to hide her in plain sight by cutting her hair and dressing her as a novice brother.  Beatryce repeatedly asks the question, “what world is this I now inhabit, and how shall I live in it?”

The King knows who Beatryce is, and has ordered her death. But Beatryce has powerful allies with the monk, and a boy who can wield a sword. And of course, the goat has many talents to offer.

DiCamillo is a two-time winner of the Newberry Medal given for the most distinguished contributions to American literature for children. Her titles “Because of Winn-Dixie,” and “The Tale of Despereaux” are well known favorites of children and educators.

Sophie Blackall is an Australian illustrator with two Caldecott Medals for the best illustrated contributions to children’s literature.

In this satirical Discworld spin on Christmas tropes and tradition, Hogfather (Discworld’s version of Santa Claus) has been, er, indisposed.

To put it frankly, Hogfather has been murdered.

This leaves the anthropomorphic personification of Death to fill in — performing the standard duties of department store appearances, delivering presents and spreading good cheer. While Death tries to maintain the proper festive spirit (with mixed results), he’s roped Susan Sto Helit, his granddaughter, into figuring out what on the Disc is going on and how to get Hogfather back.

Sir Terry Pratchett deftly uses his version of Christmas to delve not only into the quirks and foibles of the Christmas we know, but to explore deeper elements of faith and belief, as well. Despite being the 20th in the series, “Hogfather” was my first and remains my favorite Discworld novel. I try to revisit it during “the most wonderful time of the year.”

“The Winter People” by Jennifer McMahon

Nineteen-year-old Ruthie and her little sister Fawn live with their mother Alice in a small Vermont farmhouse. Because of Alice’s anti-social ways, they live off the grid, miles from any town. When Alice disappears one evening, the girls are unsure what to do.

However, Ruthie takes on the role of caregiver to her sister, and together they begin trying to figure out why Alice vanished. While looking for clues, Ruthie comes across the diary of Sara Harrison Shea. Sara lived in the same farmhouse and was murdered there 100 years before, shortly after the death of her only daughter.

As Ruthie reads along in the diary, she sees the similarities between her mother’s disappearance and the death of Sara’s daughter. Soon, Ruthie also finds out she is not the only one who is looking for someone who has disappeared in the area.

McMahon’s novel is told through dual timelines, which works very well as the two storylines come together with a satisfying conclusion. A well done spooky, haunting and intense thriller that will keep you reading on a cold afternoon. 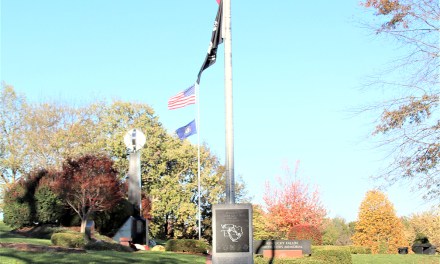 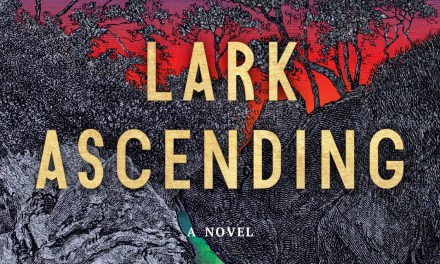 Settle in with these suggested reads 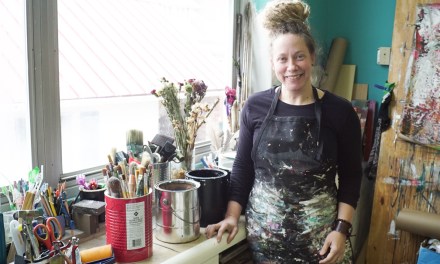 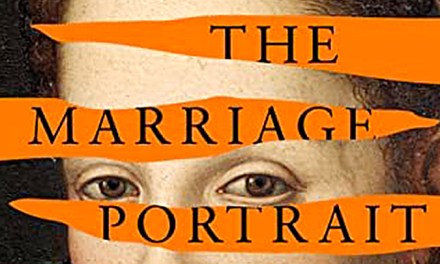