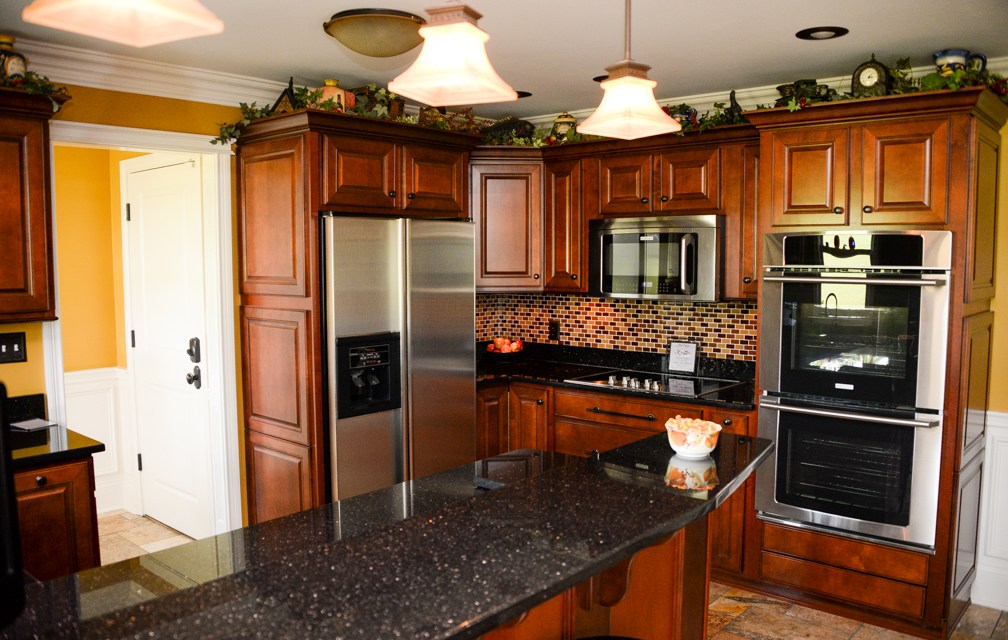 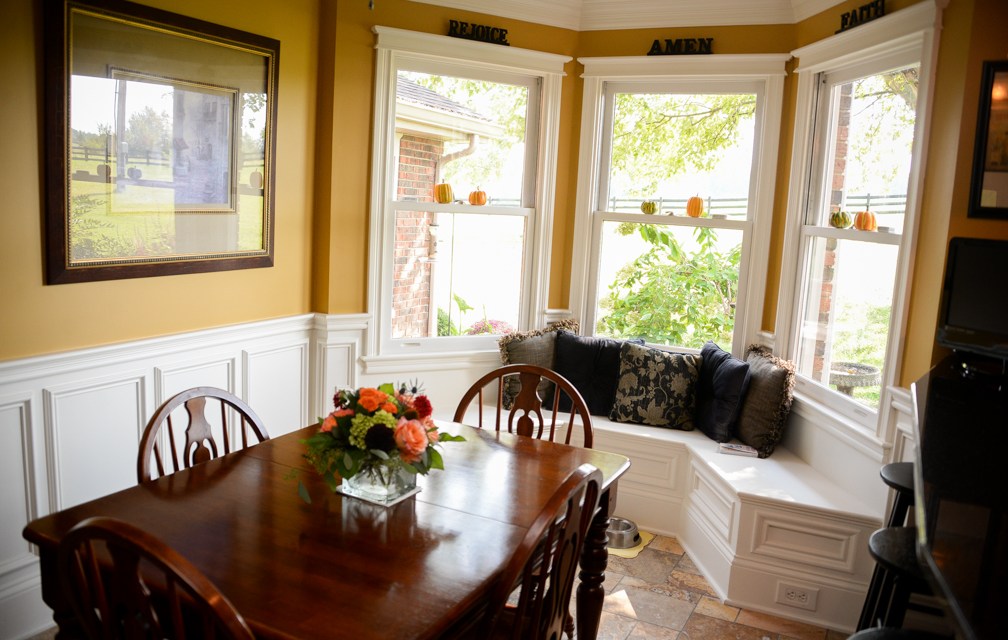 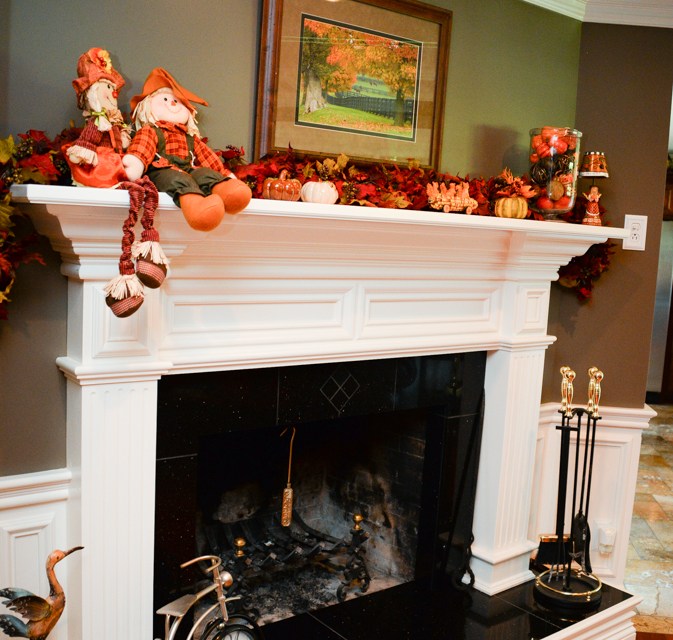 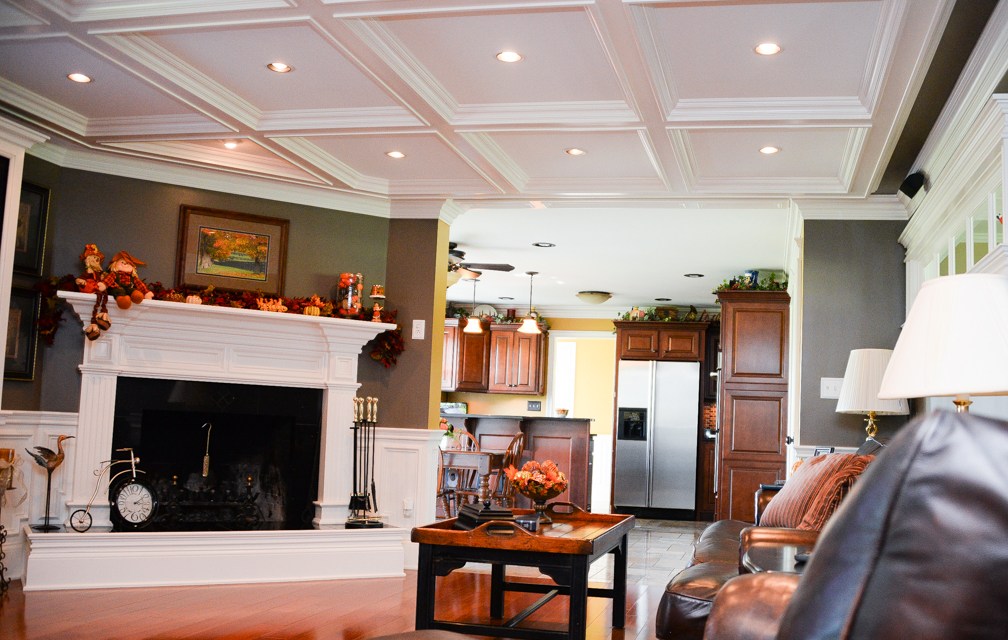 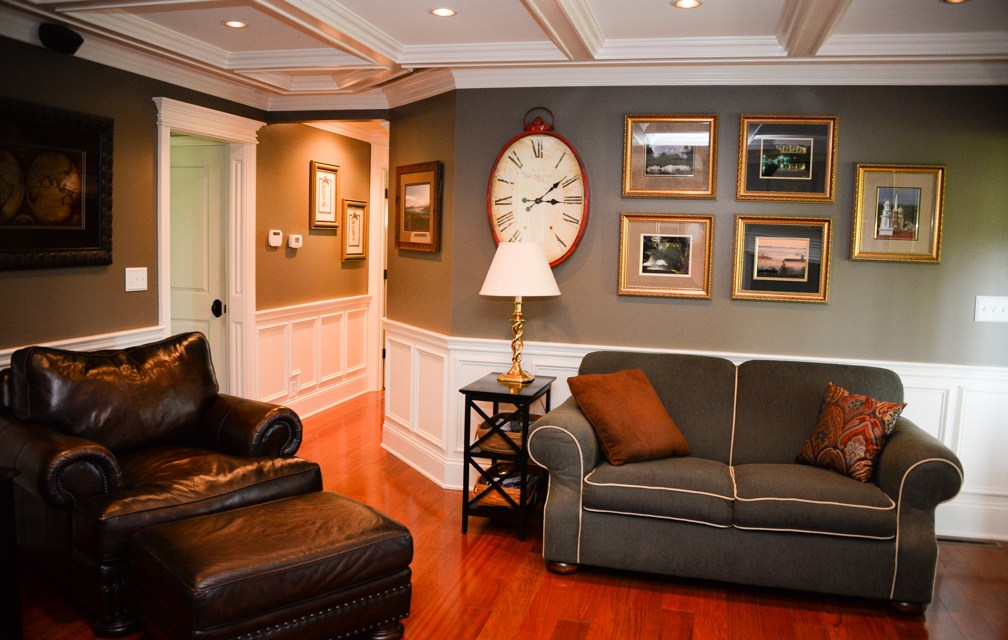 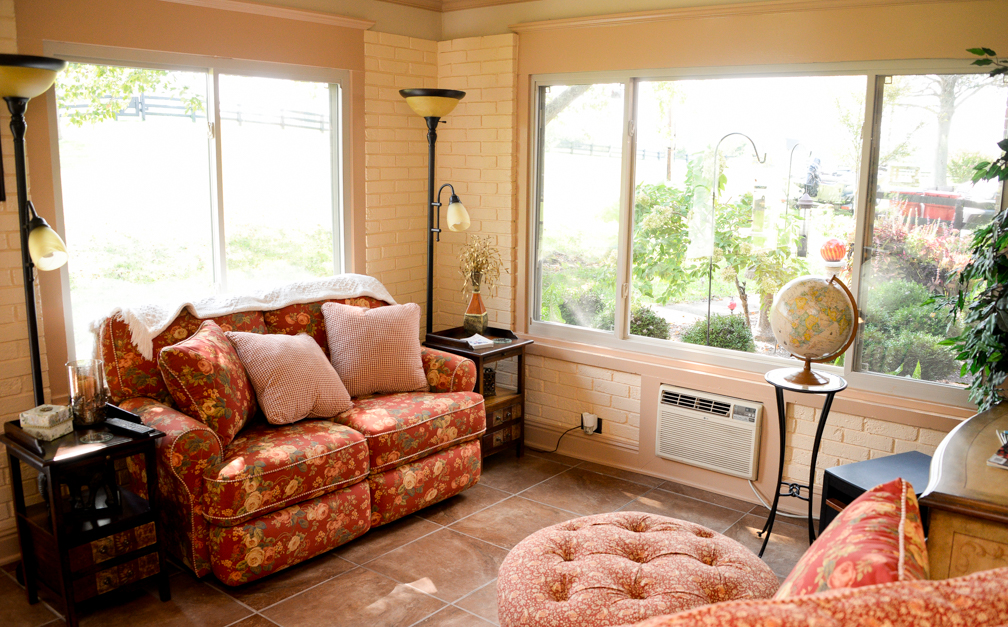 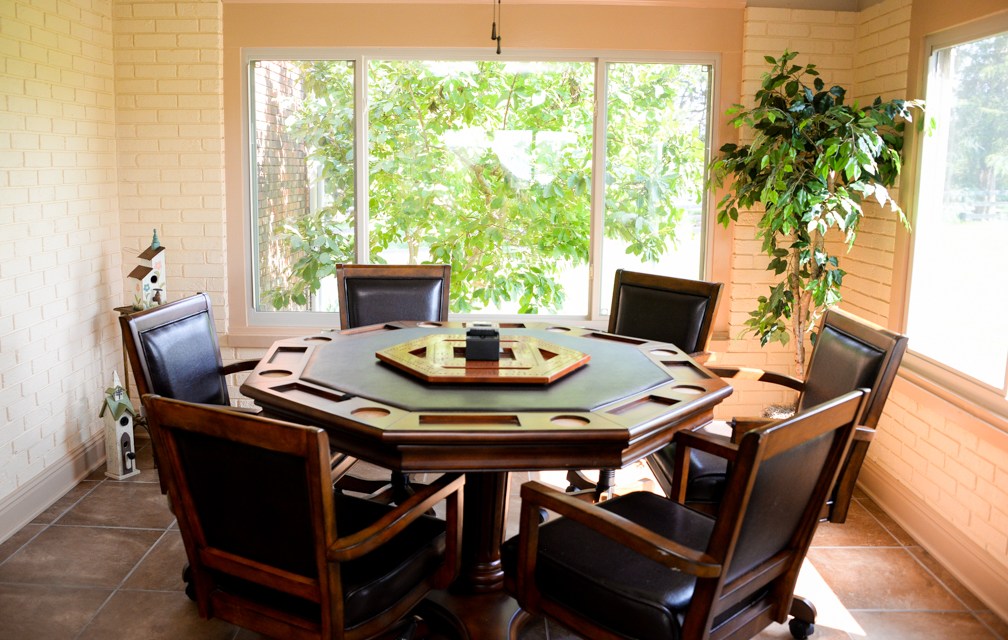 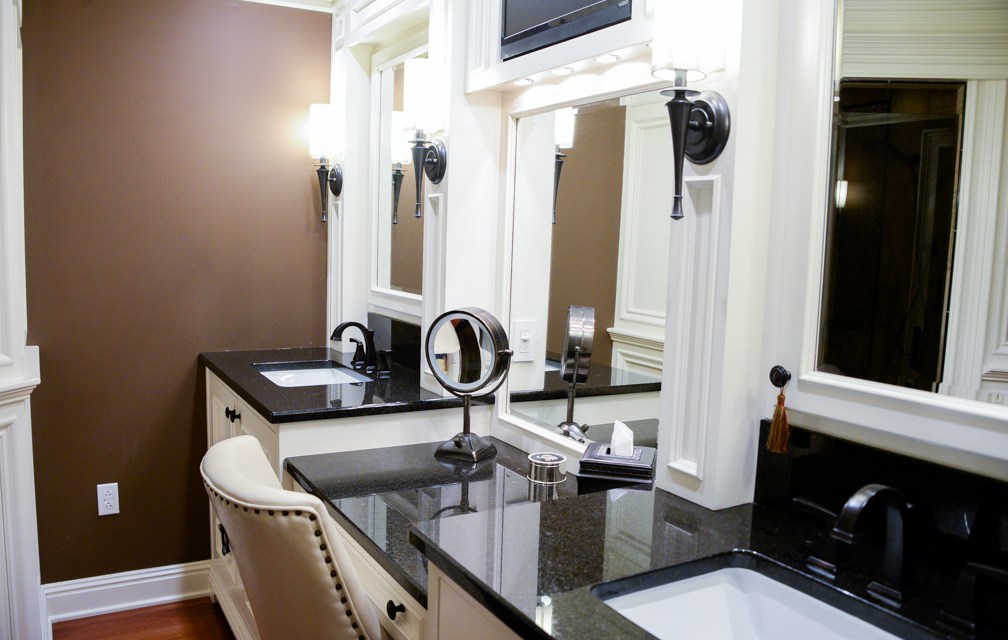 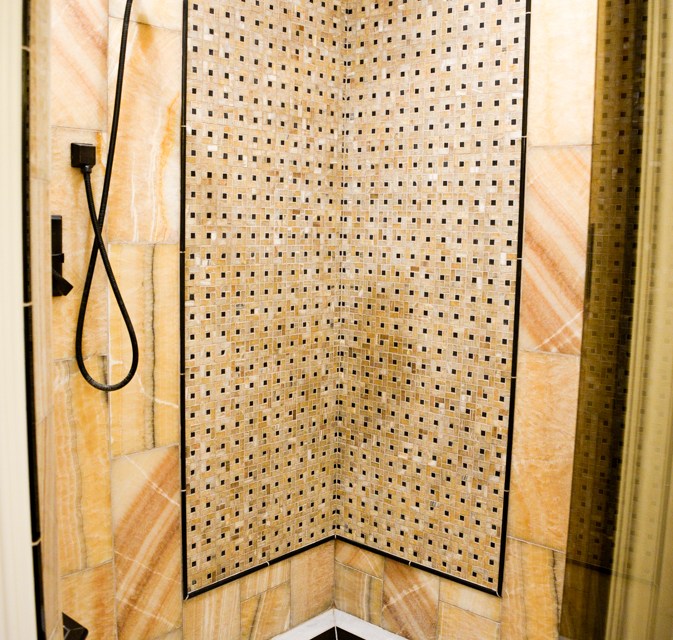 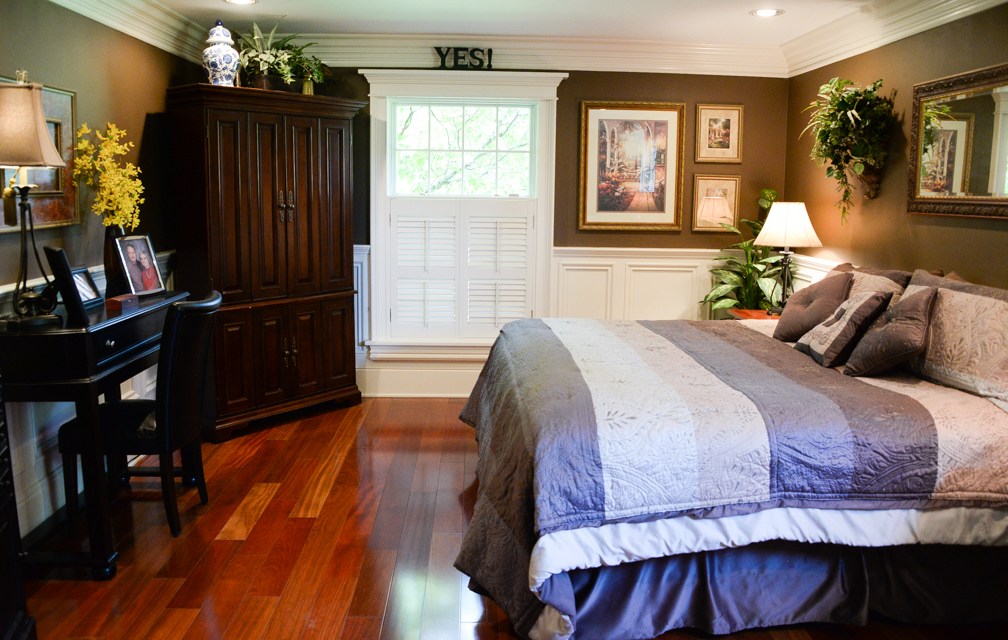 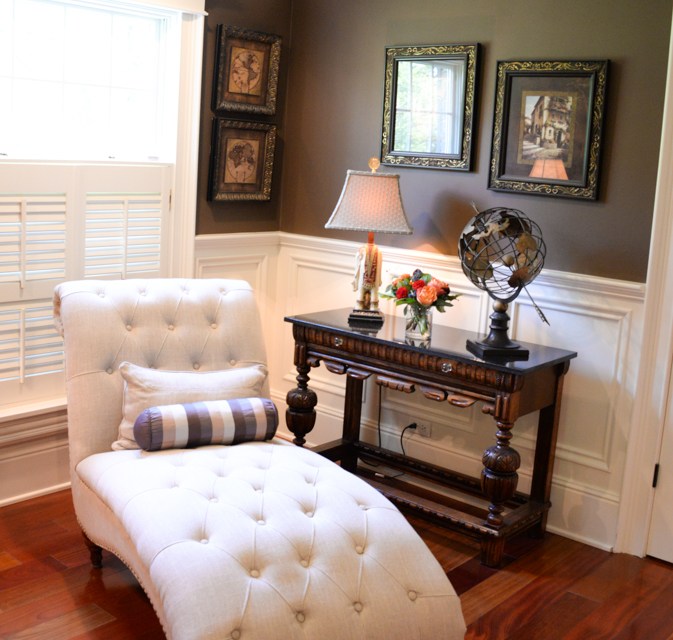 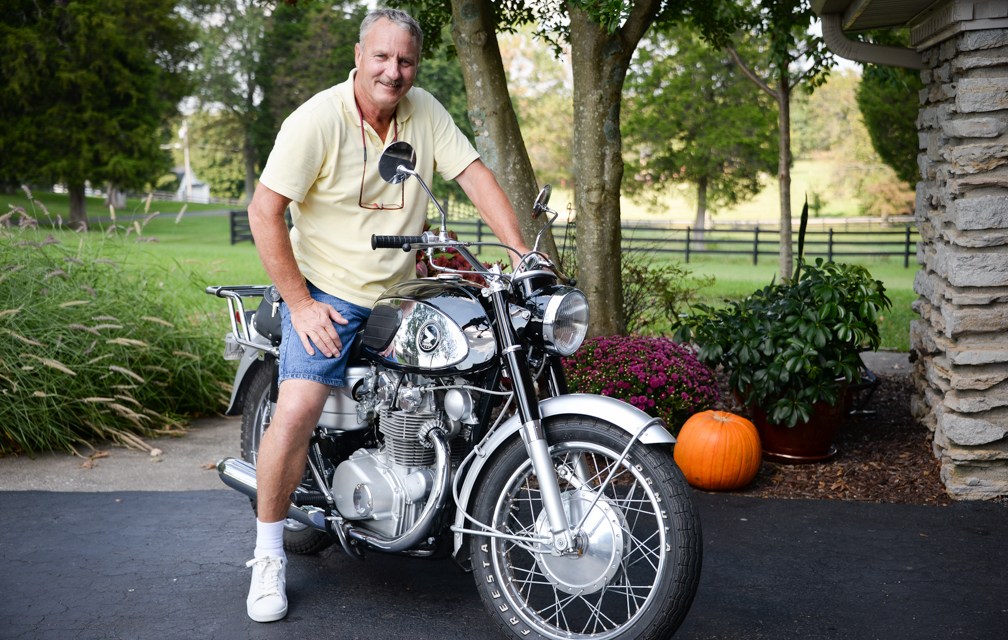 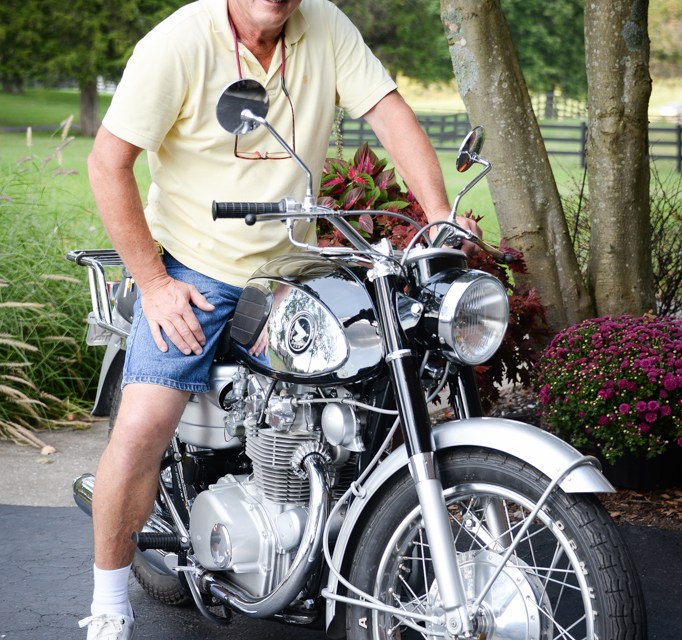 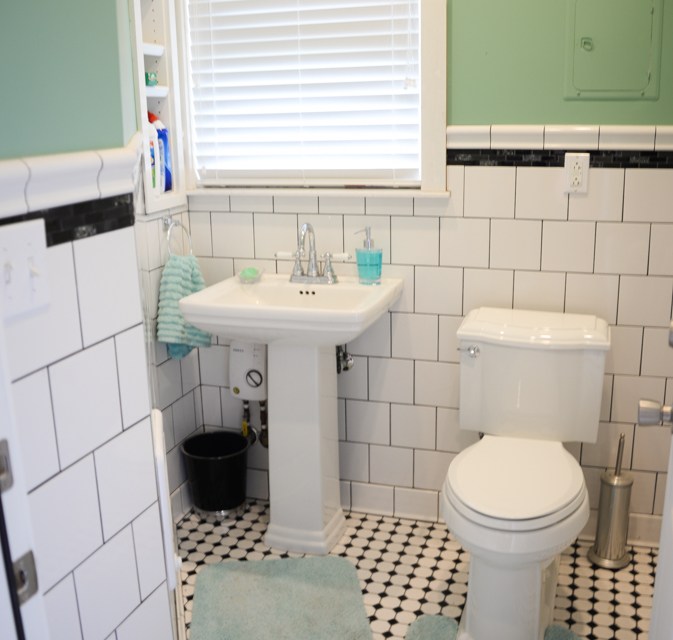 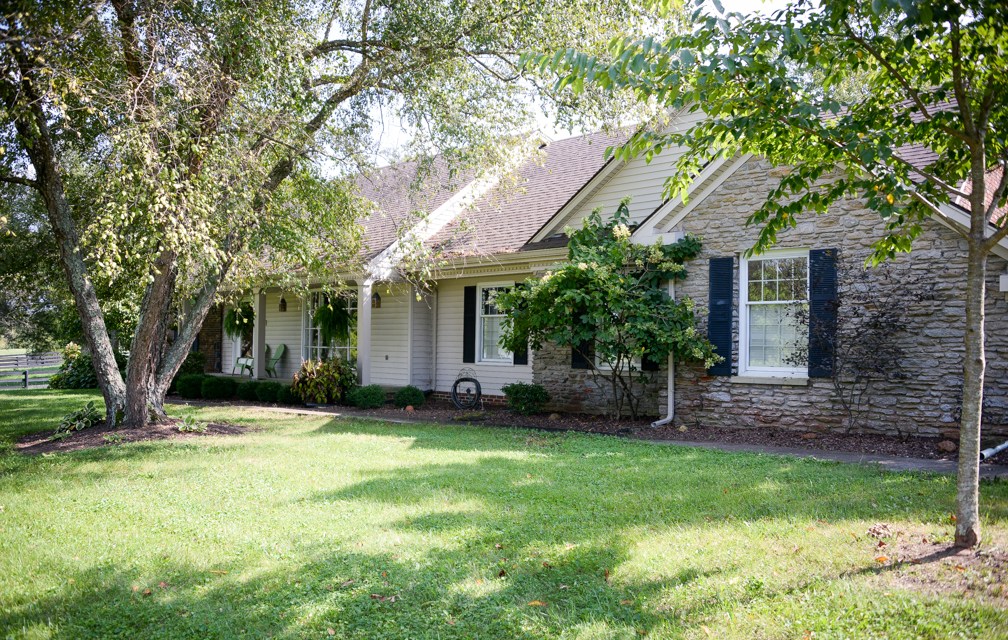 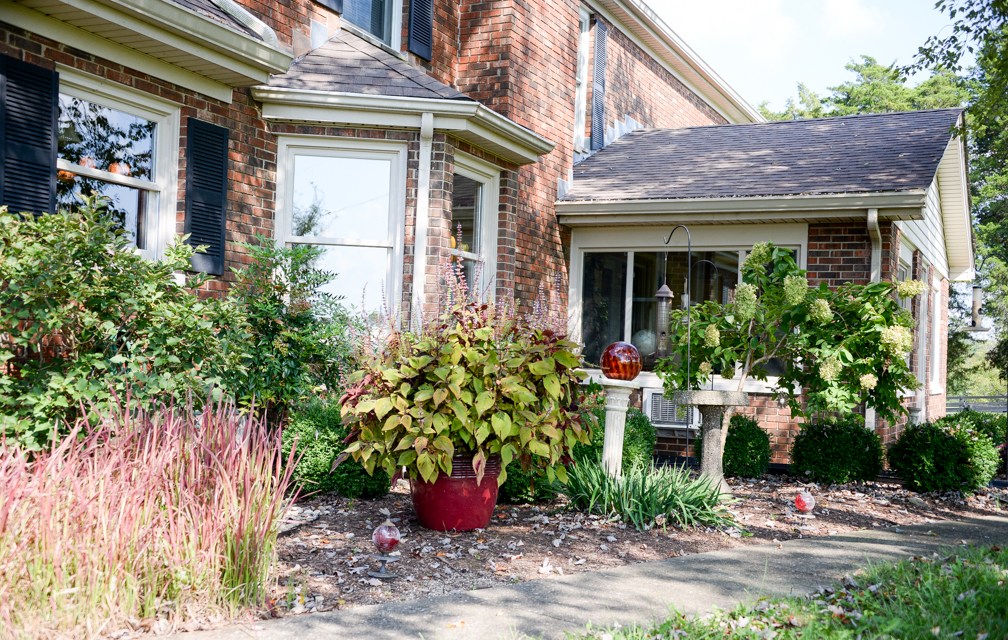 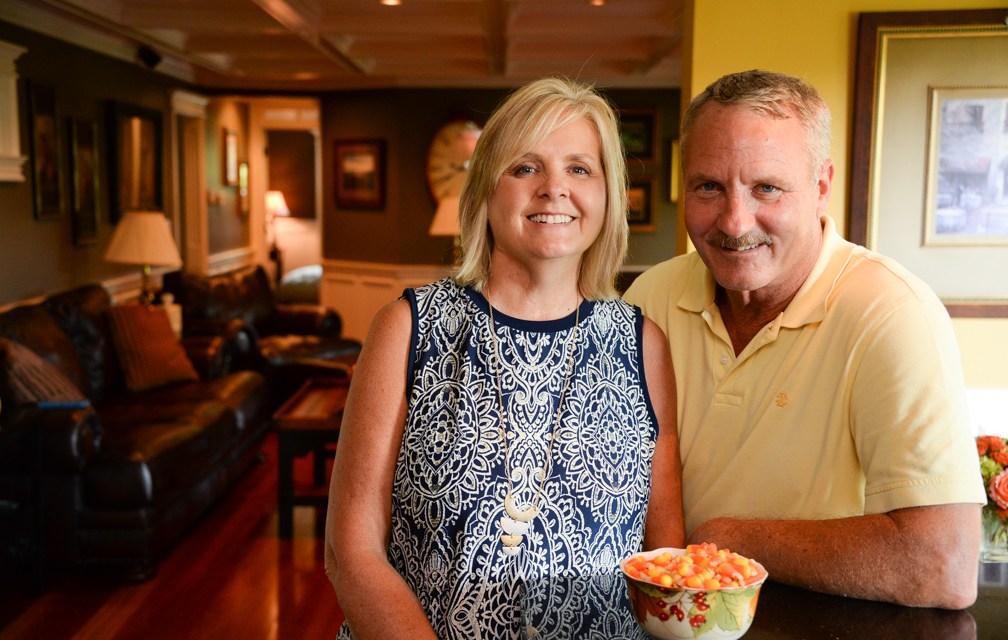 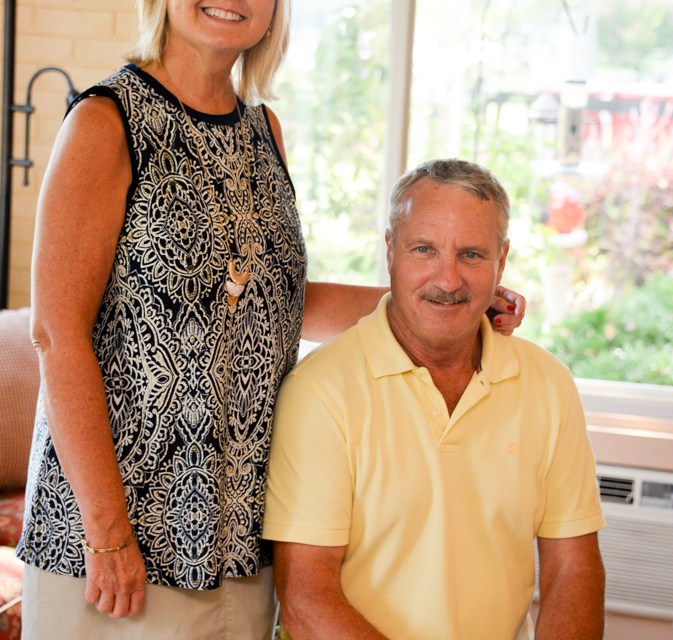 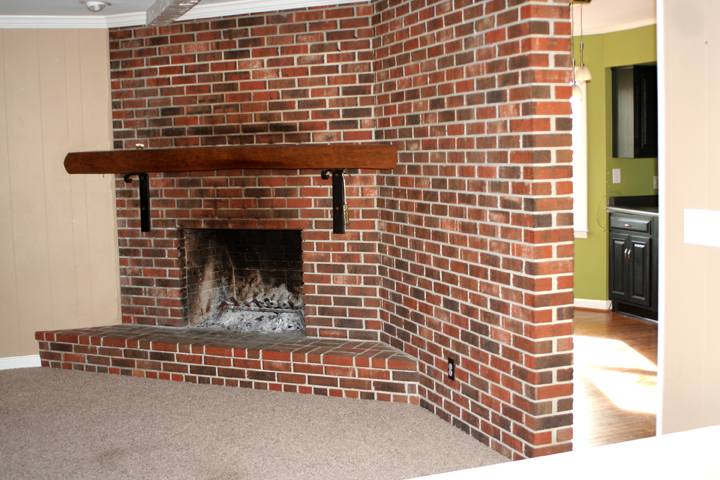 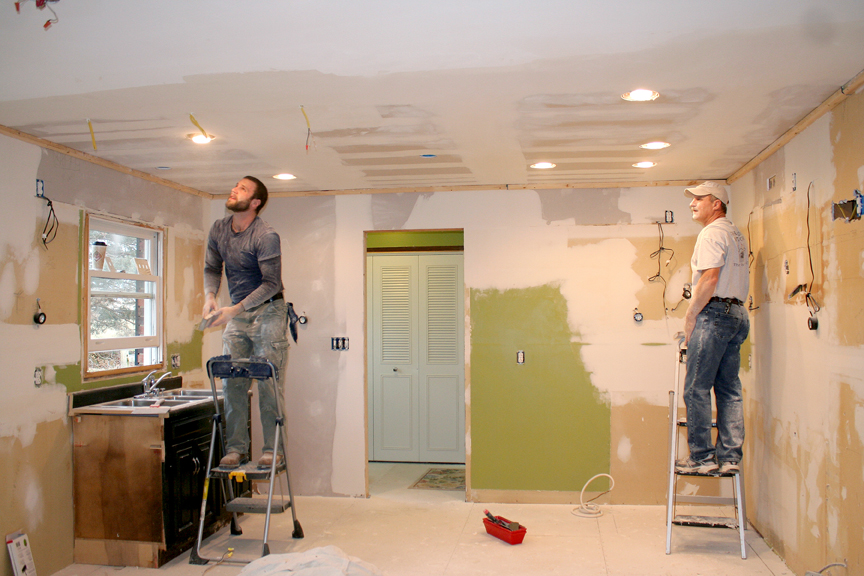 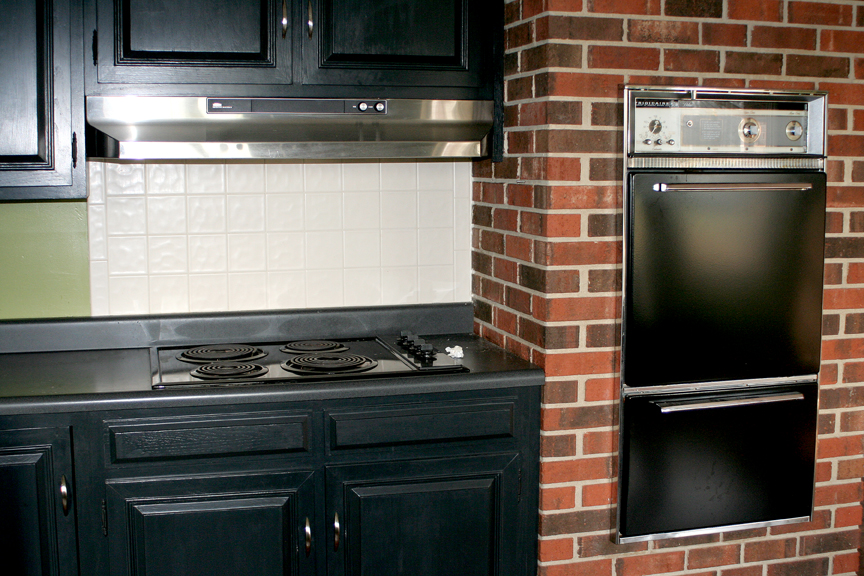 A private street sign pointing up the drive to Shaun and Robin Martin’s home reads “Robin’s Nest Lane.” The Bible scripture verse Joshua 24:15 is printed beneath. “The sign was a present from Shaun,” Robin says. “That verse is ‘As for me and my house, we will serve the Lord,’ she explains. The couple’s brick home and four acres is their little slice of heaven located on Erin Way — a quiet, dead-end road in western Franklin County.

At home in Frankfort

Shaun, speaking with the hint of a northern accent, remarks that he is a transplant from the south side of Chicago. A simple “hello” from someone in a car sitting next to him at a stoplight when he would travel through town helped him decide that Frankfort was the place he wanted to live.

“I used to travel through Ohio and Kentucky as a superintendent for a construction company, living in hotels,” Shaun explains. “I was looking for a place to live and the people in Frankfort were just so friendly. When I’d drive through here I’d be sitting at a stoplight with my window down and the guy in the car next to me would say, ‘Nice day or hello.’ You don’t get that everywhere.”

Shaun bought a house on Lyons Drive to live in and began remodeling. He met his wife, Robin, a dental hygienist, at Forks of Elkhorn Baptist Church.

During his work as the finish carpenter on a new construction home on Erin Way, Shaun says he knew from that moment that he wanted to live in that area of town.

“When I was out here doing Doc’s (Drs. Denis and Myra King’s) house I fell in love with this location,” Shaun says. “I would live on this property in a camper. I wouldn’t care. That’s how much I like it here. You’re two minutes from everything. It’s a dead end street … I told Doc when I was finishing his house, ‘Some day I’m going to live out here.’”

Eight years ago, Shaun and Robin heard that a four bedroom, three and a half bath house on the road he had admired so much was going to be auctioned on the courthouse steps. The couple ended up buying it and Shaun’s dream became a reality.

The house was ready for an update. With Shaun’s skill and creativity, they took the first floor all the way back to the studs, opening up walls and moving rooms. “We pretty much gutted the first floor, moved the laundry room next to the master bedroom and opened up the kitchen to the family room,” Shaun says. “It’s been a lot of work!”

Where there used to be a small opening between the family room and kitchen is now a large open space. “One of the biggest changes we’ve made is to open the wall between the kitchen and the family room,” Robin says. “It has made so much difference in how much light there is in these rooms.”

The custom woodwork by Shaun is intricate and creates a warm, inviting feel to the house. He has added a coffered ceiling in the family room and wainscoting in most of the rooms. “I do all of the work myself,” Shaun comments. “It’s what I do, what I love. When I have down time, I’ll start a project at home. Of course, that’s when the phone always starts ringing for a work project. So sometimes my own house takes a back seat. What’s the old saying, ‘It’s the cobbler’s children who are without shoes!’ he adds, laughing.

Several other major renovations involved moving the laundry next to the master suite, adding a half bath where the laundry and water heater used to be, and giving Robin the master bath and closet she requested.

The master bath is something out of a magazine with a shower designed in beautiful granite, marble and onyx. There are custom cabinets built by Shaun including a makeup vanity.

The Martins’ outdoor area includes an in-ground pool and Shaun’s work shop. “He completely rebuilt the workshop and created a retro half bath for the pool and workshop,” Robin says. Beyond the four acres they own, there are fields and the occasional cow. “It’s kind of nice to know you can put on a bathing suit and sit by the pool and only cows can see you!” she laughs.

The couple has also redone the enclosed back porch. “This is my room,” Robin says. “I like to sit out here and watch TV or read or watch the birds outside the windows.”

Shaun, who usually stays busy with his finish carpentry and general contracting business, says when work slows down is when he starts on home projects. “I really enjoy what I do and I want it around me in my own house. Plus, it’s really helpful to be able to show clients my house so they can see the quality of work I do and see if they like it.” Shaun explains.

“We still have a lot to do to the house to make it the way I want,” he says. “But, I guess it’s always a work in progress.”

“The world is such a fast-paced place every day that I feel like I’m on a roller coaster,” Robin says. “But, when I turn onto Erin Way and into my driveway, I feel like I’ve found a place to rest and relax and be calm and away from the crazy world.” 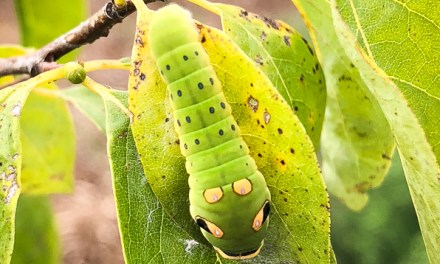 Add a little Spice(bush) to your life! 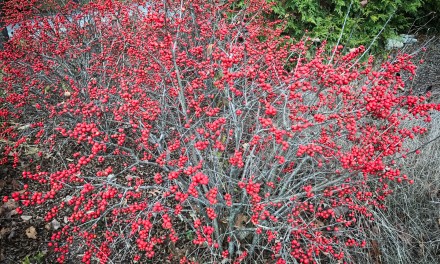 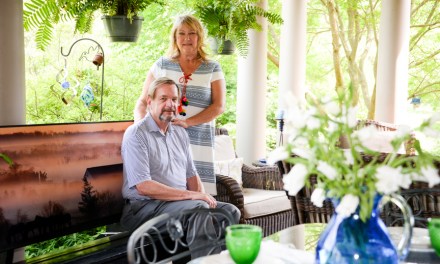 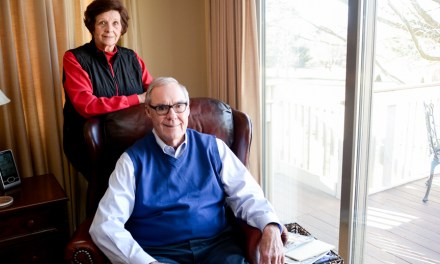